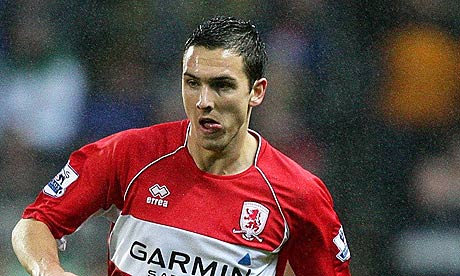 Glasgow Rangers boss Steven Gerrard is reportedly keen to bring Stewart Downing at the Ibrox club, but the Gers face competition from League One outfit Sunderland.

The Black Cats have joined the race to sign Downing from Middlesbrough in the summer transfer window, and according to reports from the Northern Echo, the former Liverpool winger prefers a move to the Wearside club instead of reuniting with Gerrard at Ibrox.

The 34-year-old will end his second spell at Boro as the season approaches the final few weeks. Downing has a contract in his clause where he will be handed a contract extension should he make his 22nd league start.

Boro are not keen to keep Downing beyond the end of the season. Tony Pulis has not kept him in the starting XI since December, and he will be offloaded in the summer.

The 35-cap England international will be a free agent after the end of the season, and both Rangers and Sunderland want him.

Gerrard, who played with him at Liverpool and for England, is willing to bring him to Scotland. However, Downing would prefer to play for Sunderland and stay in the north east for family reasons.