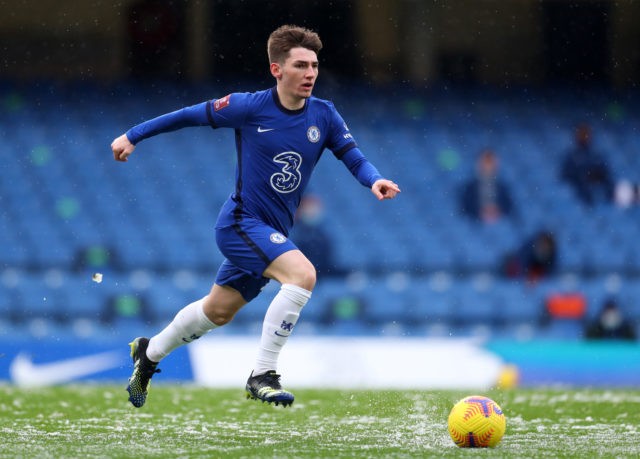 According to reports from Sky Sports, Southampton are eyeing a loan move for Chelsea midfielder Billy Gilmour.

Mark McAdam has claimed that any potential deal will be on loan, but at the moment it is not at an advanced stage.

Saints being linked with a loan move for Chelsea midfielder Billy Gilmour.

Not at an advanced stage yet but one to watch today.#saintsfc

The report claims that it is ‘far from being a done deal’ at this stage and could go either way.

Southampton boss Ralph Hassenhutl is keen to bring in a player on loan today, especially as he has a number of injuries at the moment.

The 19-year-old impressed under Frank Lampard but he was left out of Thomas Tuchel’s squad last night.

📰 Southampton are interested in signing Chelsea's Billy Gilmour on loan for the rest of the season #DeadlineDay pic.twitter.com/a30wDvACug

He is keen to play regularly and Chelsea would be open to allow him to join another Premier League club on loan today.

Competition from West Ham and other clubs

Likewise, Aston Villa and Wolverhampton Wanderers were also thought to be interested in signing him.

However, Villa and Wolves are well-stocked in midfield, and there’s no way the Hammers can sign him on loan as they have already brought in Jesse Lingard on a temporary deal.

He has also been linked with a move to West Bromwich Albion, but a move to Southampton would be perfect for his development.