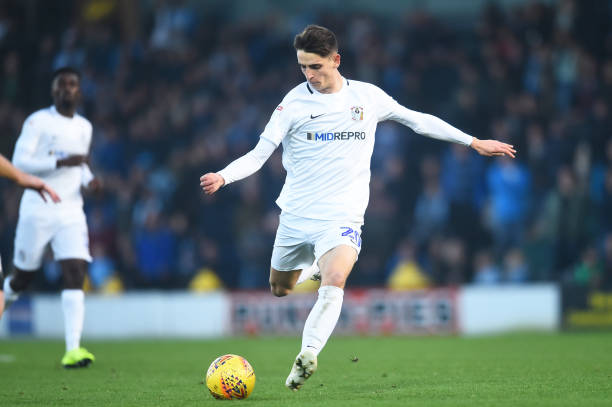 According to The Sun, Sheffield United have joined Aston Villa in the race for Coventry City midfielder Tom Bayliss.

West Bromwich Albion are also keen on the 20-year-old who has established himself as a first-team regular for the League One outfit, featuring in 41 games across all competitions last term.

Bayliss played 32 games for Coventry in 2017-18 as they gained promotion, and the lure of Premier League football could be too big for him to turn down.

Sheffield boss Chris Wilder believes the youngster can hit the ground running in the top-flight, but so does Villa boss Dean Smith, and both have to convince him they can guarantee regular playing minutes to win the battle for his signature.

Both sides could do with such quality addition to their respective midfields as they look to announce themselves upon returning to the big time next season.

That Bayliss has managed to play that much despite his tender years is a huge testament to his potential and talents, and he could become the next League One star to take the EPL by storm after Tottenham Hotspur’s Dele Alli.

The Blades have been making plans to get their squad ready for the campaign, but Villa are a more attractive side without a doubt.

Bayliss has also been linked with West Ham United and Newcastle United, and the fact that plenty suitors are keen on him could see an interesting transfer tussle play out in the coming days.