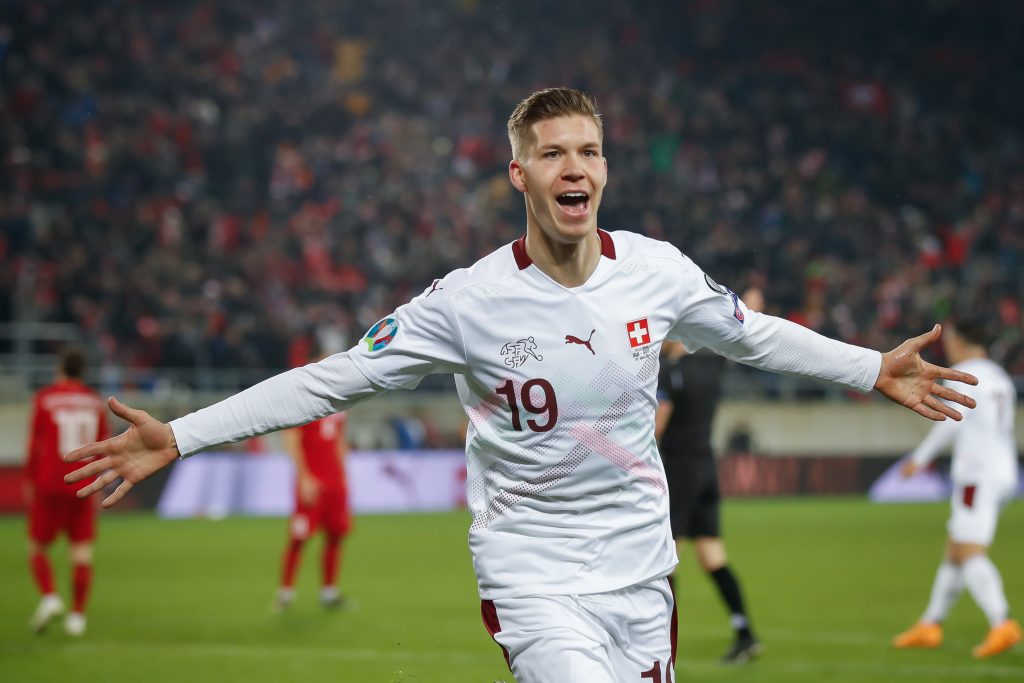 Rangers have brought in English striker Kemar Roofe from Anderlecht on a four-year deal some hours ago, but manager Steven Gerrard wants more and another striker is expected to be signed in the coming days.

Rangers have already announced Kemar Roofe as their new striker, but they’re closing in on the signing of Cedric Itten too, @TheAthleticUK understands.

According to The Athletic’s Jordan Campbell, the Ibrox outfit are closing in on the signing of St Gallen striker Cedric Itten.

Rangers could be without Colombian star Alfredo Morelos in the coming weeks as they are ready to cash in on him, and Gerrard is ready to bring in another striker in Itten to boost his attacking ranks and options with Jermain Defoe out injured.

The Switzerland international has bagged 20 goals in 36 games in 2019-20 with his side set to finish the league in second-place behind winners Young Boys, and is only 23 years of age.

Gerrard will fancy his side’s chances of finally stopping Celtic after the 2020-21 Scottish Premiership campaign resumed over the weekend, and landing two top strikers will definitely come as a huge boost.