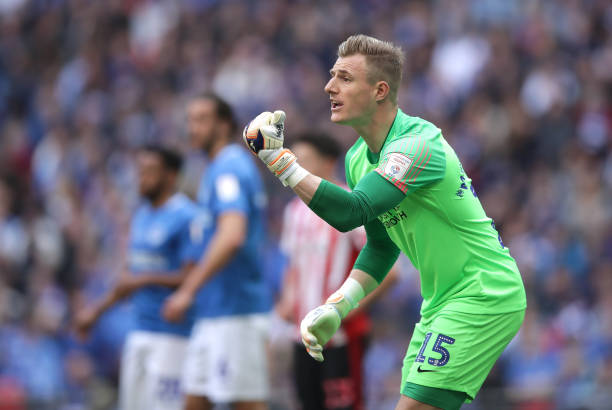 According to The Scottish Sun, Rangers are tracking Portsmouth goalkeeper Craig MacGillivray ahead of a January move with manager Steven Gerrard keen on an addition to the department.

Wes Foderingham is expected to leave at the end of the season with Allan McGregor still firmly first-choice.

Rangers are looking for a new quality back-up and long-term successor to the 37-year-old, and MacGillivray has caught their eyes amid the search.

Gerrard could make a January bid for the Pompey star, who is valued at around £2.5 million by the English League One club, and it will be interesting to see what happens.

Portsmouth aren’t particularly keen on letting him go midway through the campaign, so a deal in the summer could be more realistic for the Ibrox outfit.

Rangers have already been linked with St. Mirren goalkeeper Vaclav Hladky, with The Sun claiming a pre-contract deal could be agreed in January if Foderingham leaves.

While the Czech goalie already knows the league and will come handy, it seems the Scot has convinced Gerrard more, and English Championship sides Huddersfield and Birmingham are also keeping an eye on him.

MacGillivray has also impressed Steve Clarke who called him up to the senior Scotland squad for the first time in August, and he could back home playing for Rangers in the future.