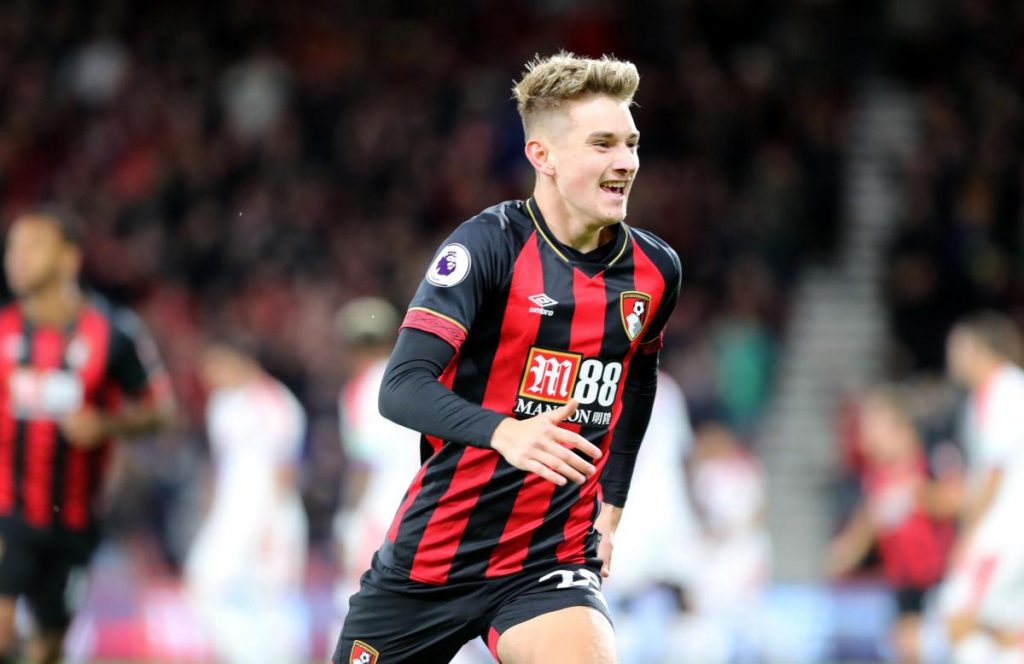 According to The Sun, Manchester United are keen on a summer move for Bournemouth midfielder David Brooks, but will have to part with at least £50 million to have a chance of landing him.

The 21-year-old arrived at Dean Court last summer from Sheffield United for £11.5 million, but has since established himself as a key player under Cherries manager Eddie Howe, earning himself a PFA Young Player of the Year nomination after ending 2018-19 with seven league goals and five assists in 30 games.

United want a quality midfielder and manager Ole Gunnar Solskjaer sees the versatile Wales international as a quality player that can improve his squad.

Brooks supported the Red Devils as a youngster and was once on the books of Manchester City, spending 10 years in their academy before leaving for Sheffield.

Brooks has also been linked with a £40 million interest from Tottenham Hotspur, while Arsenal, West Ham United, Liverpool and Newcastle United were all interested in him in the summer of 2017.

Bournemouth aren’t looking forward to letting one of their best players go anytime soon, and it remains to be seen if United will be willing to part with £50 million to land their man.