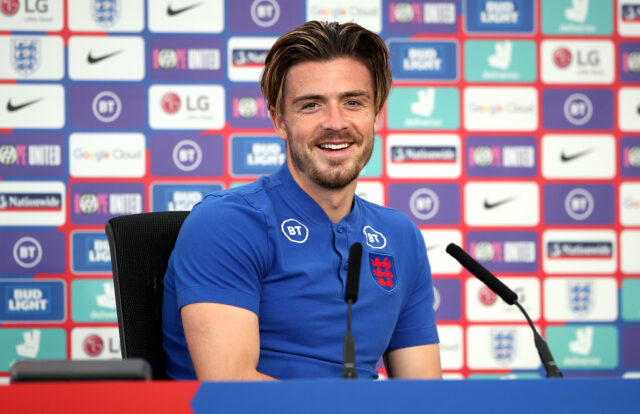 The Premier League champions are looking to add one or two top-quality players to their ranks. Pep Guardiola has earmarked Grealish as a perfect option to bolster his attacking department.

Grealish, who is currently with the England squad for the European Championships, is expected to be in demand in the transfer market.

If the 25-year-old moves on, Villa will demand a high transfer fee for their star player.

According to reports from ESPN, City are looking to fund Grealish’s move by selling at least one of their high profile players this summer.

The report claims that City are looking to offload Raheem Sterling and Riyad Mahrez to boost their transfer kitty.

Sterling, who has two years left on his contract with City, is not close to signing a new deal. The England forward could be allowed to move on.

Mahrez, who joined City in a £60 million transfer from Leicester City in 2018, has frustrated Pep Guardiola.

The Algerian scored in the Champions League semi-final second-leg victory against Paris Saint-Germain last month, but Guardiola is unimpressed with his inconsistency.

ESPN suggest that the 30-year-old’s future at the Etihad Stadium is not guaranteed.

Another player who could leave the club this summer is Aymeric Laporte. He is ready to move back to Spain after dropping down the pecking order behind Ruben Dias and John Stones.

The Premier League champions could raise more than £100m if Sterling, Mahrez and Laporte move on this summer, and it should be enough to fund a move for Grealish.