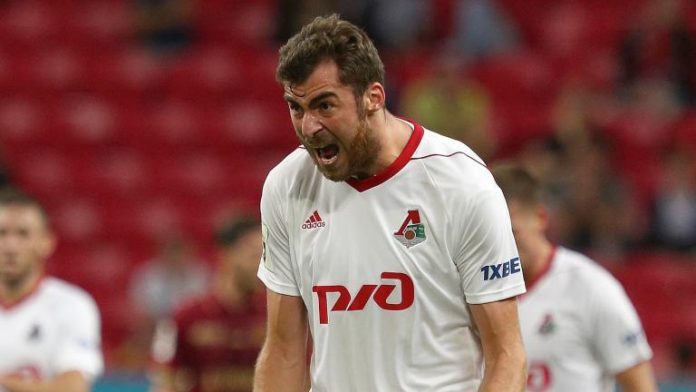 Leicester City have made a £15 million bid for Lokomotiv Moscow defender Solomon Kvirkvelia.

The Foxes have been eyeing a move for the 26-year-old for the past 12 months and Russian media outlet Izvestia has claimed that the club have now firmed up their interest.

Foxes boss Claude Puel wants to bolster his defensive options this summer and he was keen to do a deal for the Georgian international during the January transfer window.

He has been earmarked as an ideal addition to the English top flight with his no-nonsense approach to defending.

Kvirkvelia began his career at Rubin Kazan, before joining Lokomotiv on a four-year deal in 2017.

He helped Lokomotiv to the Russian title last season and they lifted the Russian Cup the season before.

The defender has made 128 senior appearances in Russia, scoring five goals. Kvirkvelia has also been capped 28 times by Georgia.

The 6ft 5ins defender would be an ideal replacement for Robert Huth who is leaving the club this summer.