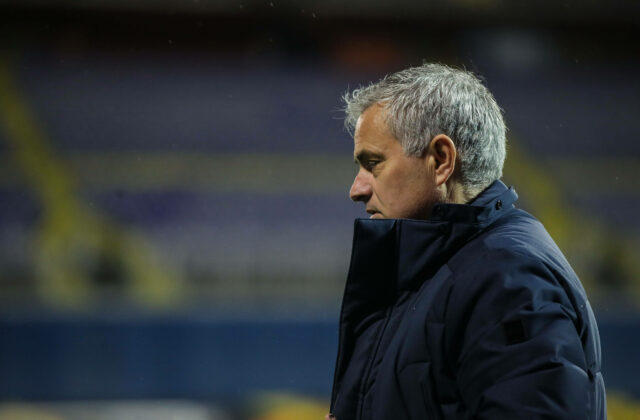 According to reports from The Telegraph, Jose Mourinho is fighting an uphill battle to keep his Tottenham Hotspur job past this season.

After Tottenham’s disappointing Europa League exit, his position at the club has once again come under threat. It has been claimed that even success in the final of next month’s Carabao Cup final will not guarantee his safety.

The 3-0 defeat against Dinamo Zagreb was a crushing blow to Mourinho’s hopes of surviving the threat of the sack. The report claims that players are divided over Mourinho’s training methods.

Mourinho retains the support of some of Tottenham’s key players, but others have questioned his training methods and his handling of various situations.

Former Spurs player, Graham Roberts, has shared his reaction on Twitter after the news broke out.

Certain members of the Tottenham Hotspur squad are understood to question training methods under Jose Mourinho and his handling of situations. [The Telegraph] #THFC pic.twitter.com/XeywIYKFwj

It’s unthinkable that Mourinho will be sacked midway through the season.

The Portuguese boss still has two years left to run on his £13 million-a-year contract, and Daniel Levy is unlikely to take a drastic step given the finances involved in making a managerial change.

Levy is a big fan of Mourinho, but he will have to make a bold decision if Spurs fail to finish within the Premier League top-four this season.

Winning the Europa League would have been enough for Mourinho to continue beyond this season, but now his job entirely hinges on where Tottenham finish at the end of the season.

In other news, Tottenham are planning to sign Carlos Vinicius permanently but on a cut-price deal.