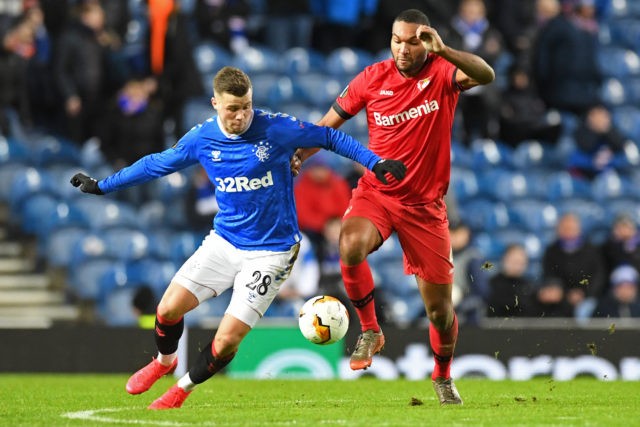 Switzerland-born striker Florian Kamberi moved to Rangers on loan from Hibernian for the second half of last season, and the Ibrox outfit were keen to make the move permanent.

Gers boss Steven Gerrard is a big fan of the 25-year-old and had been scouting him for a year and a half prior to the move in January, but he will now have to look elsewhere for attacking reinforcements after the striker rejected the terms of Rangers’ two-year deal.

According to The Scottish Sun, Kamberi is set to join Swiss side St Gallen after snubbing the Light Blues, and will now play in the Europa League next season after the club finished 2019-20 as runners-up to Young Boys.

The Hibs striker bagged just a goal in nine games for Rangers, but he was seen as a decent squad option.

Veteran striker Jermain Defoe is currently sidelined with an injury, while Alfredo Morelos could leave in the coming weeks if the right offer is tabled.

Rangers need to get another striker this summer if they are to have a chance of stopping Celtic’s 10-in-a-row bid, and while Kamberi’s decision isn’t particularly a huge blow, Gerrard would have loved to him available as an option after sanctioning a move for the Hibs outcast.