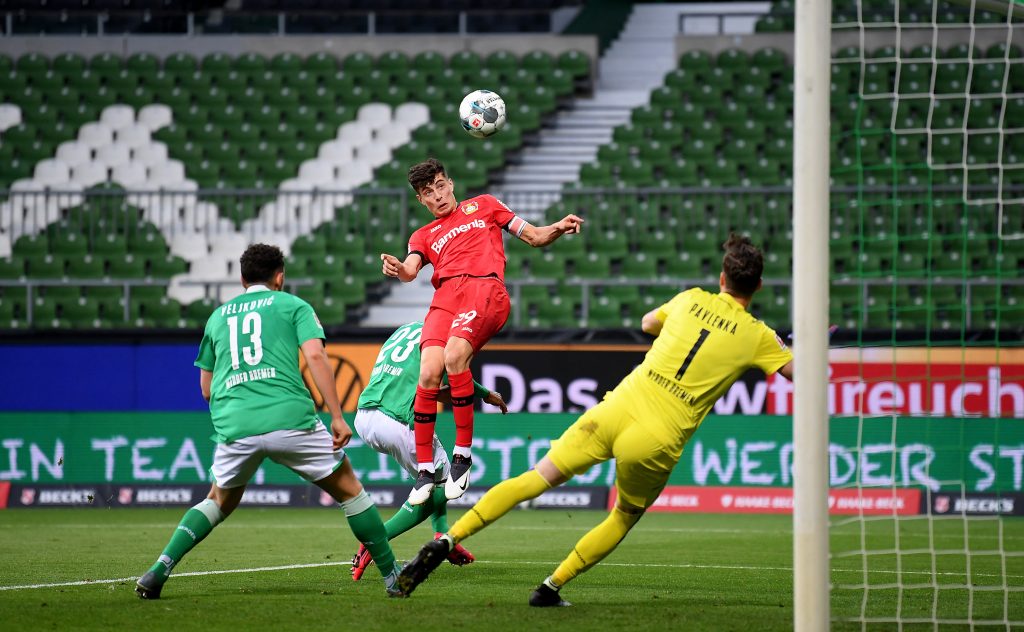 According to Sport Bild, Chelsea are interested in signing Bayer Leverkusen star Kai Havertz this summer as manager Frank Lampard looks to further bolster his squad.

The Blues have sealed a £54 million move for RB Leipzig striker Timo Werner ahead of the summer transfer window, beating Liverpool to his signature, and they are looking to pip Jurgen Klopp’s side to another Bundesliga sensation.

As reported by Sportsmail, the Reds want the 20-year-old and have been told they will need at least £90 million to have a chance.

It doesn’t seem Liverpool will be making a move for Havertz due to financial reasons – the same reason they opted out of a deal for Werner – but Chelsea could be ready to do business with another German club.

Owner Roman Abramovich is ready to back Lampard in the transfer window, with at least two marquee signings to be made in order to boost his side’s title chances next term and going forward.

Havertz has scored 15 goals and assisted seven others in 38 appearances across all competitions this term, playing in midfield, on the left wing and as a striker, and landing such a versatile and quality player will improve Chelsea’s fortunes on the pitch.

Given the financial effects of the coronavirus, Leverkusen could be open to doing business for less than their £90 million asking price, and not many will bet against Chelsea making a concrete move. Liverpool wouldn’t.