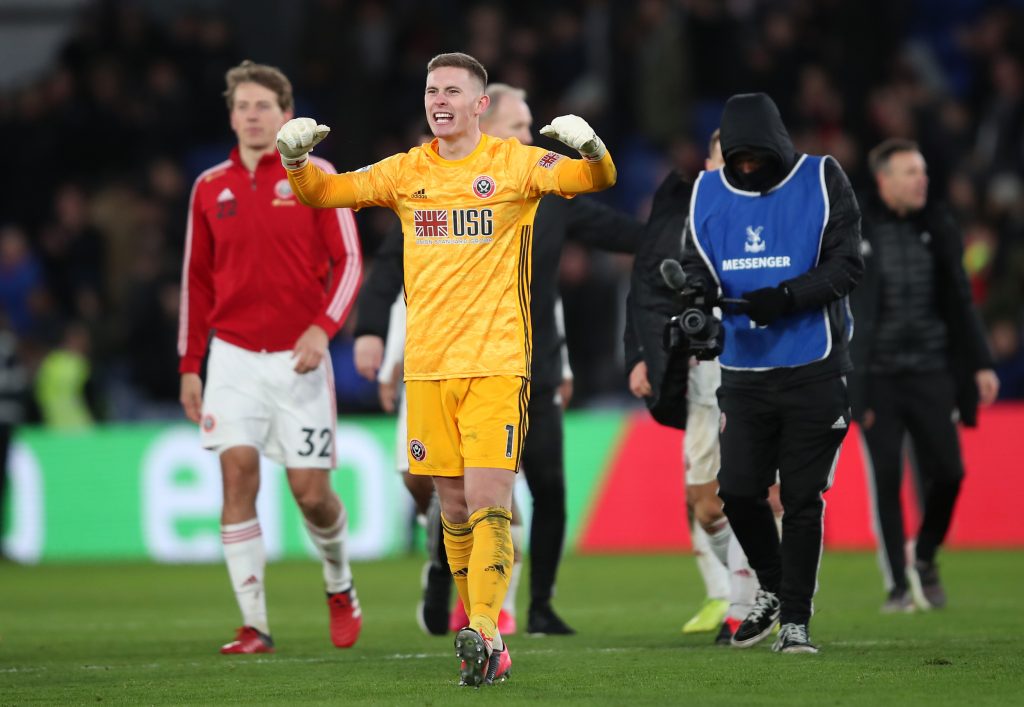 According to The Mirror, Chelsea are interested in signing Dean Henderson from Manchester United in the summer transfer window.

Henderson is on loan at Sheffield United from the Red Devils at the moment and has been playing well for the Blades.

It has been reported that 22-year-old goalkeeper is valued at £25 million, and that Chelsea are closely monitoring him.

Chelsea manager Frank Lampard is a huge fan of the youngster and wants a new goalkeeper due to the shaky form of Kepa Arrizabalaga, according to the report.

United and Chelsea are rivals for the Champions League places in the Premier League table, and it is hard to see the Red Devils sell Henderson to the Blues in the summer transfer window.

True, the player may not be willing to play second fiddle to David de Gea at United next season, but United will know that selling such a brilliant young goalkeeper to the Blues will only make the London club stronger.

During his loan spell at United last season, Henderson played 46 games in the Championship, according to WhoScored.

So far this season, the youngster has played 27 games in the Premier League, according to WhoScored, as Chris Wilder’s side chase a Champions League spot.