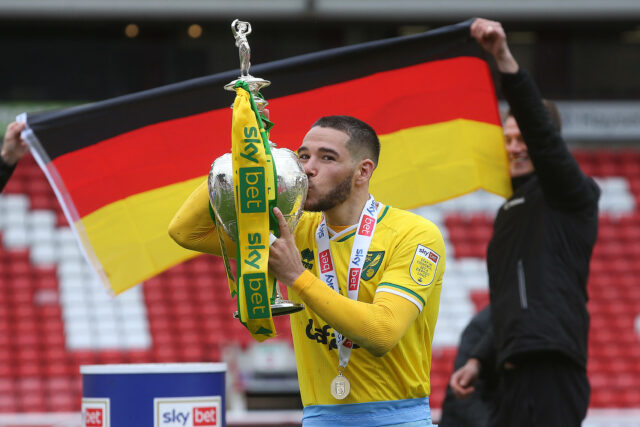 According to reports from The Mirror, Villa are set to complete Buendia’s signing in the next few days.

The news would come as a big blow to Arsenal, who are also interested in signing the Norwich City winger.

The 24-year-old was named the Championship player of the season after helping the Canaries secure promotion with 15 goals and 17 assists.

Understand Aston Villa have moved ahead in the pursuit of Emi Buendia. They are closer to meeting Norwich’s demands.

The report claims that Villa are set to complete the formalities within the next 72 hours.

Villa paid around £28 million to sign Ollie Watkins from Brentford last summer, but Buendia’s move would eclipse that fee.

According to journalist Cesar Luis Merlo, Villa will pay around €35 (£30m) for the highly-rated Argentine.

Buendia has been heavily linked with a move to Arsenal, but it seems he is all set to become Dean Smith’s first signing of the summer.

Villa ended the 2020-21 season poorly with just three wins out of 12, where they were without their influential skipper Jack Grealish.

Villa need additional creativity, and Buendia will take some of the weight off Greaslish’s shoulders if the playmaker stays with the club.

Read: 26-year-old on his way to Leeds this summer.