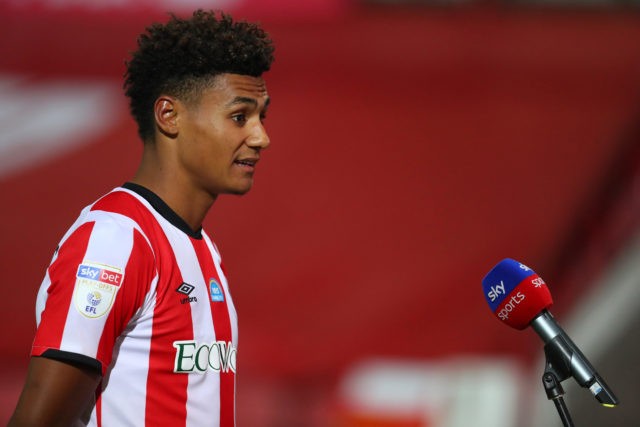 According to The Sun, Aston Villa are set to sign £22 million-rated Brentford striker Ollie Watkins after the London side brought in Ivan Toney from League One side Peterborough as a replacement, beating Fulham and Sheffield United to his signature.

The Bees failed to secure Premier League promotion after losing the final of the Championship play-offs to Scott Parker’s side, but they are aware that Watkins wants to play in the top-flight and are now ready to cash in on him.

The 24-year-old ended last term with 26 league goals and will now look to prove himself in the big time.

The Brentford star isn’t short of suitors in the EPL, but Villa have blown Fulham out of the water in the race for his signature by offering him a mouthwatering £70,000-a-week deal.

Dean Smith’s side want to have Watkins in before the new Premier League campaign kicks off, and they also wish to land his teammates Said Benrahma and Rico Henry too.

A deal could be wrapped up in the coming days as Brentford now have another striker, and Fulham will have to look elsewhere for the attacking reinforcements they need for top-flight survival.

Villa scored just 41 league goals last term, averaging just a goal per game as they narrowly escaped relegation, but they could secure a comfortable finish in 2020-21 should they land the in-demand Watkins – a player eager to prove himself at the highest level.