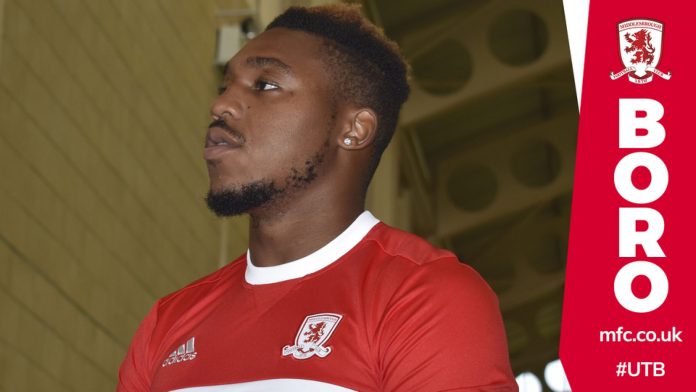 Aston Villa boss Dean Smith is looking to bolster his attacking options before the January transfer window closes, and has set his sight on Middlesbrough striker Britt Assombalonga.

According to reports from Teamtalk, Villa are among the clubs hoping to sign the Boro striker before Thursday’s transfer deadline.

Boro signed Assombalonga by paying a massive £15 million, but he is facing an uncertain future at the Riverside after failing to impress under Tony Pulis.

The 26-year-old has dropped down the pecking order behind Jordan Hugill, and has managed just three starts in the Championship since November.

The report claims that Assombalonga is keen to move this month, and Aston Villa could be one of his possible destinations.

Boro are looking to recoup a fee of at least £10 million for the striker. Premier League clubs Brighton and Crystal Palace are also keeping a close eye on the player.

Assombalonga has never played in the Premier League, and therefore, he could be a gamble signing for either Palace or Brighton.

However, he has a proven track record in the Championship, and could prove to be a smart signing for Villa.