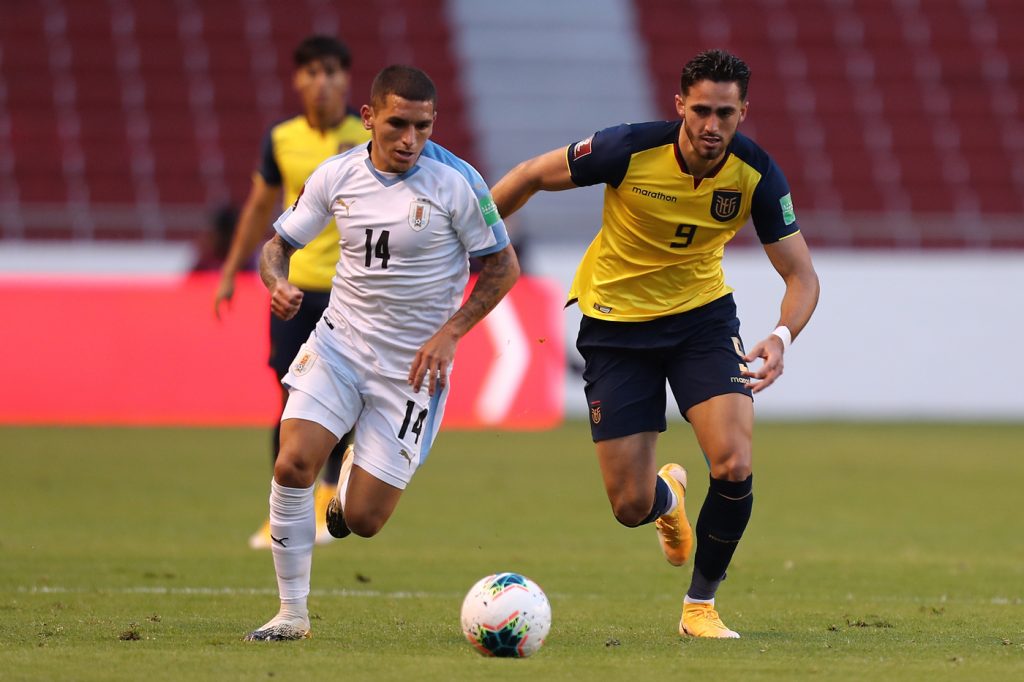 According to Sky Sports, Ligue 1 outfit AS Monaco are interested in signing Arsenal midfielder Lucas Torreira on loan until the end of the season.

The Uruguayan international is currently on a season-long loan at Atletico Madrid, but he has struggled for regular playing minutes.

Torreira has featured in just 13 games across the La Liga and Champions League for Diego Simeone’s side so far, but only two of those have been starts.

With his situation not likely to change, Arsenal are open to him moving elsewhere, with Fiorentina and Cagliari already in contact with the club.

However, Atletico would have to agree to cut his loan short before any other deal could be agreed.

The 24-year-old joined Arsenal from Sampdoria in the summer of 2018 for £26 million and has since made 89 appearances for them in all competitions.

He was used as a makeweight in a swap deal that saw Thomas Partey move to North London in a deal potentially worth £45m, and he will now look to move elsewhere in order to play regularly for the remainder of the season.

Monaco are currently fourth in the Ligue 1 after 21 games, with six points between them and league leaders Paris Saint-Germain.

They are keen to strengthen their squad this month in order to push for a title challenge in the second half of the campaign, and Torreira could be a solid addition to their midfield.

With European football almost guaranteed for Monaco next term, they could look to sign Torreira permanently should he impress upon joining them, and it will be interesting to see how things go in the coming days.

While the quality and ability of the Uruguayan are not under any doubt, he was not able to establish himself as a key player at Arsenal.

A return at the end of the season could be on the cards, but the Gunners would likely be open to cashing in on him.