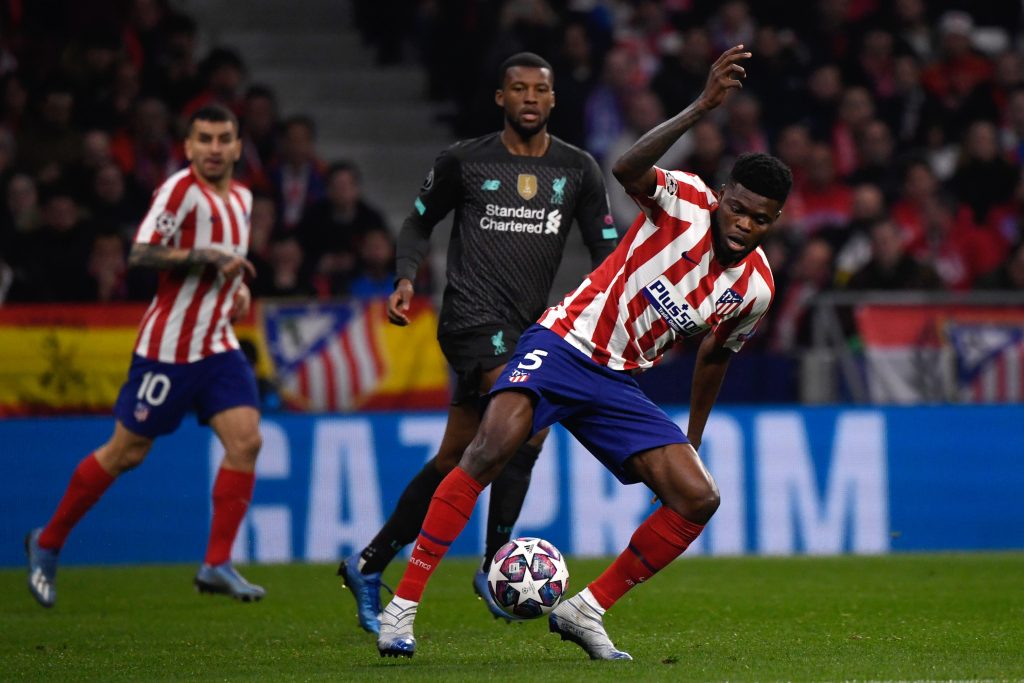 According to The Athletic’s David Ornstein, Arsenal have intensified their interest in signing Atletico Madrid midfielder Thomas Partey this summer and the player is keen on moving to North London.

The Ghana international has a release clause of £45 million (€50 million), but the Gunners are hoping to secure his services for a lower fee, and the La Liga giants could be open to cashing in on him due to the financial constraints caused by the coronavirus pandemic.

Arsenal have a long-standing interest in the 27-year-old, and they could do with his quality in the middle of the park as they look to re-establish themselves as a top-four side.

Partey is one of the best defensive midfielders on the planet and is a key player in Diego Simeone’s side, playing all 90 minutes in last night’s 2-2 draw against Barcelona at the Camp Nou.

Arsenal could part ways with French midfielder Matteo Guendouzi this summer, and the Atletico star will be a huge upgrade on him and others in his position at North London.

The Ghanian brings the strength and quality to excel in the English top-flight to the table, and landing him will be huge for the Gunners.

Manager Mikel Arteta needs to add quality players to his squad this summer to have a chance of finishing in the top-four next term, and securing Partey’s signature will help boost his chances.