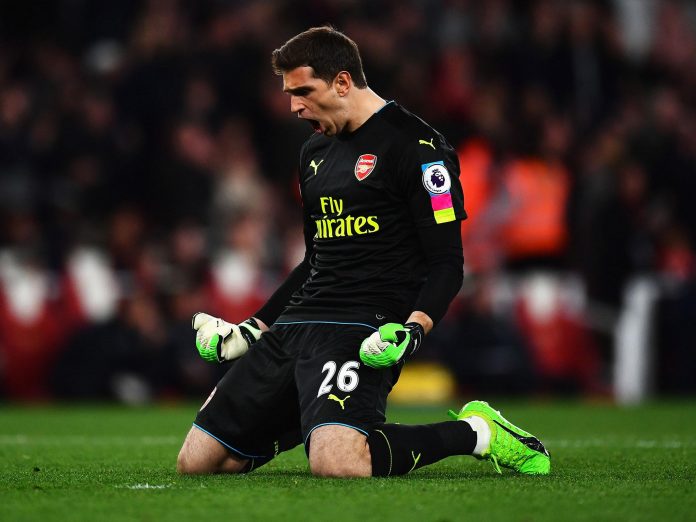 The 26-year-old spent the whole of last season on loan at La Liga side Getafe, making just five appearances all season long.

Martinez is surplus to requirements at Arsenal, with Petr Cech a quality backup for new first-choice Bernd Leno.

The Argentine goalkeeper has experience playing in the Championship having had loan stints at Sheffield Wednesday, Rotherham United and Wolverhampton Wanderers, and could prove a quality addition for Reading.

Arsenal goalkeeper Emi Martinez is set to join Reading on loan, as per his agency. pic.twitter.com/BZjcjyY1lP

The Royals have managed to win just five out of 28 league games this term, drawing eight and losing the other 15.

Reading are currently 22nd in the Championship table after garnering just 23 points, and Martinez will be looking to improve a defence that has leaked 43 goals thus far.

Emi Martinez heading to #readingfc on loan for the rest of the season. pic.twitter.com/z1HQ8oJ1Uz

Martinez has been with Arsenal since 2010 after joining their youth ranks from Independiente and was promoted to the senior team two years later.

He has since managed just 14 appearances, with four of those coming in the league.

He has had five loan stints away from the north London club, but will likely remain an Arsenal player until his current contract expires in 2022.