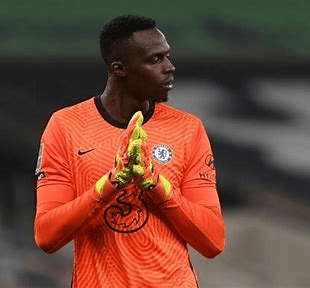 Chelsea kick off the second half of their Champions League group stage campaign with a trip to France to face Rennes.

The Blues are currently top of Group E following two wins and a draw, with only a superior goal advantage putting them ahead of Sevilla who also have seven points.

Chelsea secured a 3-0 win over Rennes when both sides met at Stamford Bridge earlier this month, and they will fancy their chances of continuing their impressive run in the Champions League tomorrow.

They are currently on a 12-game unbeaten run across all competitions and have kept eight clean sheets in the process, and they will look to make it 13 consecutive matches without defeat in France.

On the other hand, Rennes have won just one of their last eight games across all competitions, losing five and drawing twice, and they will hope to bounce back and put in a top performance when Frank Lampard’s side come visiting.

Chelsea will be without the injured American attacking midfielder Christian Pulisic for the clash, but his German counterpart Kai Havertz is expected to return to the matchday squad after recovering from the coronavirus and returning to training.

The Ligue 1 side have been handed a huge boost with teenage sensation Eduardo Camavinga set to finally return to action from injury, while veteran midfielder Steven N’Zonzi is expected to return to the line-up after he was rested during weekend’s league game.

However, Rennes will be without the services of Dalbert who was unfairly red-carded in the first-leg, while M’Baye Niang, Faitout Maouassa, Daniele Rugani and Jonas Martin are all out due to injuries.