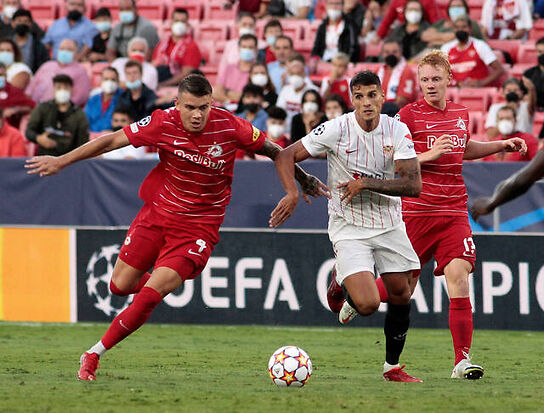 Real Sociedad will be looking to maintain their impressive form when they face Sevilla at the Reale Arena in the La Liga clash on Saturday.

Watch and bet on Real Sociedad vs Sevilla live on Sunday, September 19 from 3 pm (BST) at bet365>livestreaming>football.

Sociedad are missing several key players for this game. The likes of Carlos Fernandez, Nacho Monreal, Diego Rico, and Jon Guridi are injured at the moment, while Asier Illarramendi is yet to return to full fitness and could miss out as well.

Sevilla have a fully-fit squad, and Julen Lopetegui is unlikely to make drastic changes to the side. They are heading into this game on the back of a 1-1 draw against RB Salzburg in the Champions League during the midweek.

Here are the latest betting odds for Real Sociedad vs Sevilla from bet365:

The two teams have had great last season. Sevilla finished fourth while Sociedad finished fifth. This game promises to be a cracker.

Sevilla won four of their last five games against Sociedad, and they have picked up two wins and a draw from their opening three games.

Sociedad lost their opening game 4-2 against Barcelona, but they have come back strongly winning their next three games in the league.

How to watch Real Sociedad vs Sevilla Live Stream