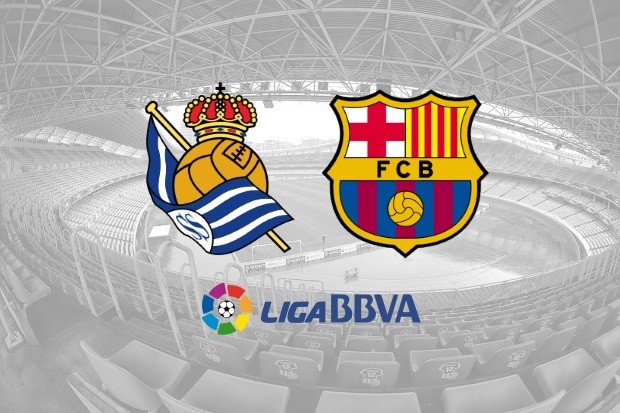 Barcelona travel to Real Sociedad for this weekend’s La Liga game, and the Spanish champions will be looking to bounce back from their disappointing draw against Malaga last week.

The Catalan giants are already four points behind league leaders, Real Madrid, and cannot afford to drop more points, especially with El Clasico just around the corner. Barcelona will be looking to close the gap with Real Madrid here.

The away side have struggled against Sociedad when not at home, and will need to improve in order to get a win here. Barcelona have not won at the Anoeta since the days of Frank Rijkaard.

Andres Iniesta and Samuel Umtiti are the only injury worries for Luis Enrique this week. Luis Suárez is back from suspension and will start once again.

Real Sociedad are in red hot form right now and will be looking to continue their run with a positive result against the defending champions.

La Real have won their last four consecutive matches in La Liga against Sporting Gijon, Atlético Madrid, Leganes, and Alaves. Furthermore, they have a very good home record against Barcelona and are unbeaten at the Anoeta since 2011.

Gaztañaga, Ruben Pardo and Markel Bergara are injured for the home side.

Barcelona have won 8 of their last 9 away matches in La Liga.

Barcelona have scored at least 2 goals in 8 of their last 9 away matches in La Liga.

Real Sociedad have kept a clean sheet in their last 3 home matches in La Liga.

Real Sociedad have scored at least 2 goals in their last 5 matches in La Liga.

Real Sociedad have won their last 3 home matches against Barcelona in all competitions.

Barcelona have been very good away from home this season and are 1/2 to win this weekend’s clash.

Real Sociedad have an impressive home record against Barcelona. Get La Real to win at 5/1.

Both sides have been scoring freely this season and a high scoring game (over 2.5 goals at 1/2) seems likely.

Barcelona have been quite inconsistent this season and will need to improve in order to win here. Sociedad are full of confidence right now and have the momentum with them.

It should be a close contest, and it will be hard to separate the two sides. A draw seems quite likely here.