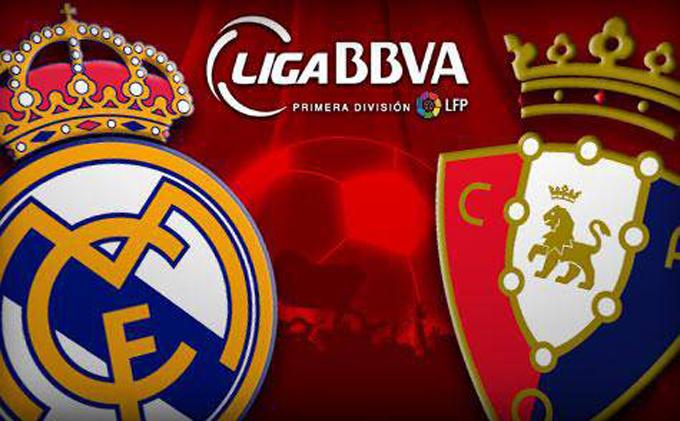 Real Madrid have won both of their opening games against Celta Vigo and Real Sociedad this season and will look to continue their winning run against Osasuna this weekend.

Los Blancos have impressed so far despite being without some of their key players in Cristiano Ronaldo, Karim Benzema and Keylor Navas.

Welsh winger Gareth Bale has started the season really well and will be looking to add to his tally of goals after having scored twice during the current La Liga campaign already.

The home side have an excellent record against Osasuna and should be able to extend that run with a comfortable win once again.

Zinedine Zidane will be delighted to welcome back Ronaldo and Benzema for this game. Both players are expected to start.

Fabio Coentrao, Isco and Keylor Navas are the only injury worries for the Spanish giants.

Osasuna are still without a win so far in La Liga and will be looking for their first win of the season at Bernabeu.

The away side have struggled against weaker opposition earlier this season and will be aware of the task ahead of them when they face one of the best teams in world football.

Osasuna will be without their two first choice wing backs Fuentes and Flano.

Both players are injured and will be replaced by the likes of Oier and Clerc.

New signing Sergio Leon is expected to make his first start for the club after his deadline day move from Elche.

Real Madrid have scored at least twice in 13 of their last 14 La Liga games.

Osasuna have conceded at least twice in 8 of their 9 matches against Real Madrid.

Real Madrid have kept clean sheets in their last three matches against Osasuna.

Gareth Bale is in fantastic form, get him to score anytime at 9/20 with Ladbrokes.

Real Madrid have an excellent home record against Osasuna and have managed to keep 3 consecutive clean sheets against them as well. They are 4/7 with Ladbrokes to win to nil.

Considering Osasuna’s defensive quality and Real Madrid’s record against them, over 2.5 goals (1/5 with Ladbrokes) seems a good bet here.

Real Madrid are in very good form right now and will head into this game with a lot of confidence.

The return of Ronaldo will also be a major boost for his teammates.

The home side are much superior in terms of quality and should be able to extend their winning run over Osasuna this week.