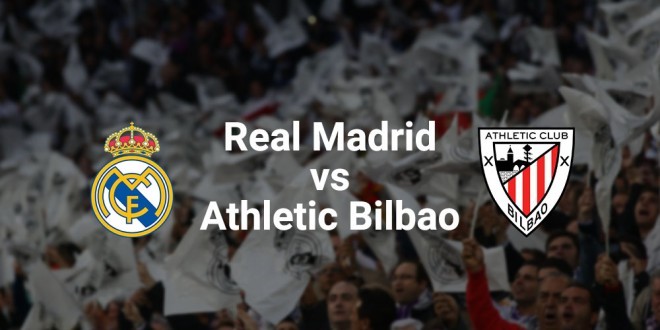 Real Madrid host Athletic Bilbao in La Liga this Sunday and Los Blancos will be looking to extend their recent run of form with a home win. The Spanish giants have scored 11 goals in their last two outings and Bilbao will be in for a tough time here. Zidane’s men have well and truly bounced back from their slump earlier this month.

Real Madrid are second in the league table and will want to close the gap with Atlético Madrid at the top. Diego Simeone‘s side are ahead on goal difference and therefore, Real Madrid will be aiming for another big win here.

Athletic Bilbao have a terrible head to head record against Los Blancos and the home side will be confident heading into this game.

Zinedine Zidane will be without some of his key players for Sunday’s home game against Bilbao. Casemiro, Luka Modric and Sergio Ramos all miss out with injuries.

Despite their underdog status, Bilbao are no pushovers and will make life difficult for the home side.

The Basque side have had a good start to the season and have won five of their last six matches in La Liga. Bilbao have been very sharp in front of the goal and Real Madrid will have to be careful about their inconsistent defending.

With Ramos and Casemiro absent, the away side will fancy their chances of scoring here.

Bilbao will be heading into this game on the back of a 2-0 defeat against Genk in the Europa League and the Spanish outfit will be fired up. They will want to bounce back right away and this is a great chance to pull off an upset and lift the morale around the club.

Aketxe, Balenziaga and Boveda are the only absentees for the away side. Benat should be able to start here.

Real Madrid have won 21 of their last 24 matches against Athletic Club in all competitions.

Real Madrid have scored at least 3 goals in their last 9 home matches against Athletic Club in all competitions.

Real Madrid have scored at least 2 goals in 17 of their last 20 matches in La Liga.

Bilbao have been dodgy at the back so far this season and Real Madrid have been scoring freely in their last few matches. A high scoring game is on the cards here. Over 2.5 goals are priced at 1/3 with Ladbrokes.

Real Madrid have an outstanding win rate against Bilbao and on current form they are likely to add to that. Get them to win at 1/4 with Ladbrokes.

Aduriz has scored 5 goals in his last 7 appearances. Real Madrid are without Ramos and Casemiro and are likely to be weaker at the back. Get him to score anytime at 15/8.

Both sides have done quite well going forward and have been equally inconsistent when it comes to defending. This should be an exciting game between two sides who love to play free-flowing attacking football.

It should be an open game with a fair few goals. However, Real Madrid are in supreme form right now and will be hungry for a win here. The home side should be able to edge this one.