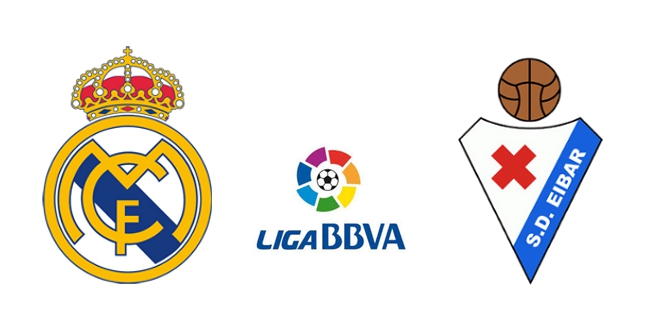 Real Madrid host Eibar in La Liga this weekend and Los Blancos will be hoping to recover from their recent dip in form with a comfortable win here.

Zinedine Zidane’s men have been struggling recently and have drawn their last three consecutive games in all competitions.

The Spanish giants have been very poor at the back over the last three matches and have conceded five times in that period. The absence of Casemiro has hurt Real Madrid more than they could have imagined.

Real Madrid are under pressure to perform against Eibar and a win is a must. They have already dropped four points in their last two league games and cannot afford to continue dropping points.

The Brazilian duo of Marcelo and Casemiro are still injured and will be sidelined for this weekend’s visit of Eibar.

Eibar will look to profit from Real Madrid’s defensive problems when they travel to Bernabeu this week.

However, the away side haven’t been too solid at the back either. Eibar have only kept one clean sheet in their last four La Liga games, which doesn’t bode well against an attack as good as Real Madrid’s.

As for the injury news, Alejandro Galvez is a big miss at centre-back for Eibar, with Ivan Ramis set to come into the back four.

Antonio Luna has been ill this week but is still expected to be fit enough for the trip to the capital.

Eibar have lost just one of their last five league games and will fancy a point here. However, Eibar’s away form will be a major concern.

Real Madrid have scored at least 2 goals in 16 of their last 18 matches in La Liga.

Real Madrid are undefeated in their last 18 matches in La Liga.

Real Madrid have won their last 5 matches against Eibar in all competitions.

Eibar have lost 6 of their last 7 away matches in La Liga.

Real Madrid have been winning at both half time and full time in their last 4 matches against Eibar in all competitions. Bet on Real Madrid to win both halves at 5/7.

Real Madrid have an excellent record against Eibar. Despite their recent dip in form, they are clearly superior and should be able to win this one fairly easily.

Eibar have a very poor back four which has been conceding at a rate of 2 goals per game away from home and coming up against the likes of Ronaldo and Bale that could decide the game.