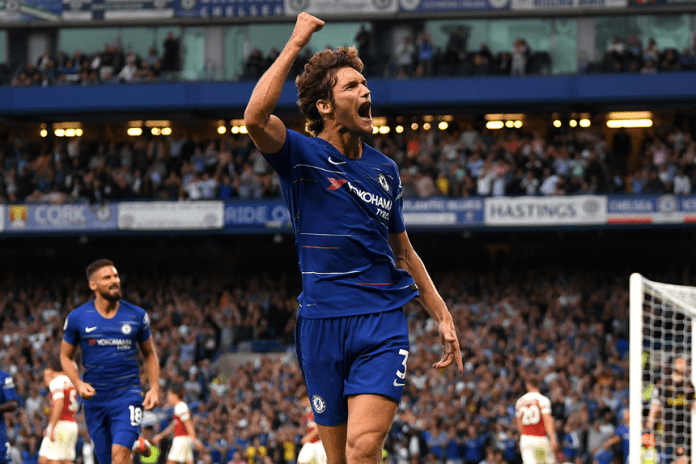 According to Don Balon, Real Madrid could agree a deal with Chelsea for Marcos Alonso who is ‘willing to force’ a move away from Stamford Bridge. Real could pay £60m to bring the Spanish defender to the Santiago Bernabéu this summer, but Chelsea have no desire to sell him, likely because the summer transfer window is shut which means they can only loan in a replacement.

Alonso is a regular at left-back for the Blues, having joined from Italian Serie A side Fiorentina in 2016. The 27-year-old has gone on to make 84 appearances in all competitions, scoring 15 goals and winning the Premier League title and FA Cup in 2016/17. The Spanish international has been identified as cover for Marcelo in the Real defence, with the Brazilian turning 31 next May.

Chelsea aren’t going to let an important player leave the club without having sourced out somebody to take his place, however, so Los Blancos might be left disappointed in their pursuit of Alonso. Regardless if Don Balon believe the left-back is pushing for a move away from the Bridge, a lot needs to happen before he will be wearing a Real shirt this summer.