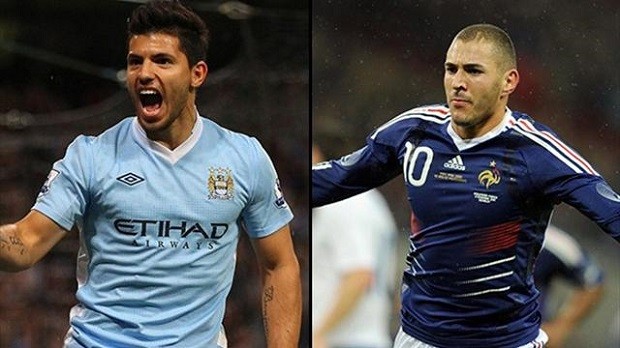 According to El confidencial, Real Madrid president Florentino Perez is keen to make a Galactico signing this summer and Kun Aguero is the man on top of their list.

Perez has always been an admirer of the Argentine’ talents, but his Atletico Madrid roots always prevented a direct transfer. But it is believed that Perez is keen to get his man now.

Aguero has always been open to a Bernabeu switch and it was confirmed by Diego Maradona, who publicly stated his desire to see Aguero play for Real Madrid.

After a trophyless season, Perez is keen to lift the mood around the club and get the fans back on his side. Aguero is thought to be the kind of signing that will lift the dressing room and the fans alike.

Having failed to make his mark in the Champions league with Manchester City, Aguero could well be willing to move to a bigger club this summer.

Further, the report also states that Benzema could be on his way out this summer if Aguero arrives. Arsene Wenger remains a keen admirer of the Frenchman and is ready to pounce.

Benzema has had a fantastic career with Real Madrid, winning the La Liga as well as the Champions League. The former Lyon man is a key player at the Bernabeu, but the ruthless Perez is keen to upgrade.

Despite being a fantastic striker, Benzema is a level below the Manchester City forward Sergio Aguero, who is perhaps second only to Barcelona’s Luis Suarez.

Whether Madrid can strike a deal remains to be seen, but Aguero moving to Madrid could be the story of the summer if it happens. Elsewhere, Benzema might just be the final piece of Wenger’s jigsaw as he prepares to mount a title challenge next season.