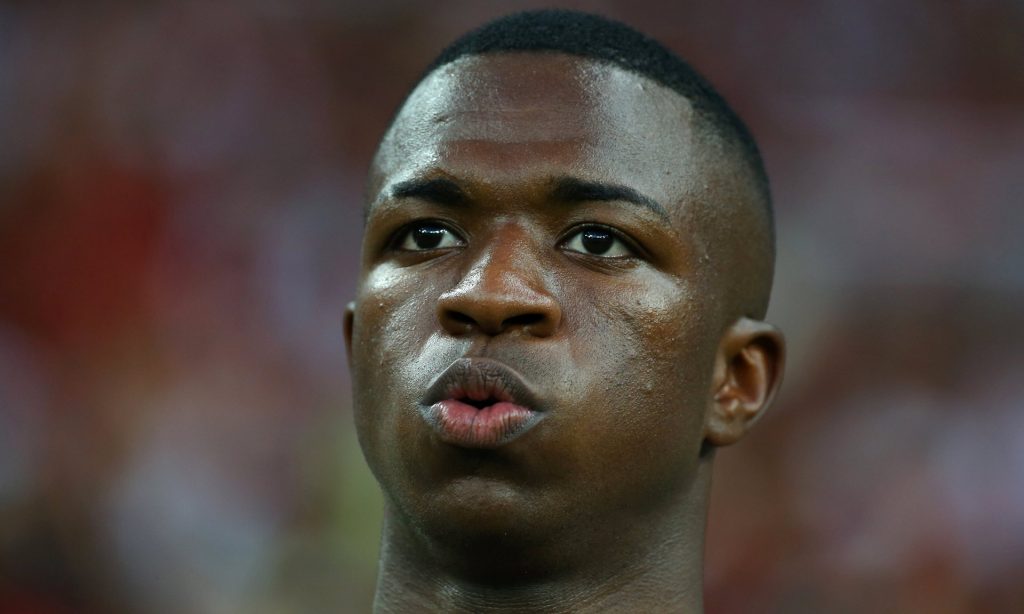 Real Madrid have agreed on a deal to sign the highly talented Brazilian forward Vinícius Junior this summer.

The Spanish champions have confirmed the deal and Junior will join Los Blancos in July 2018.

The young attacker recently made his professional debut against Atletico Mineiro and is rated as one of brightest young talents in South America. Vinícius has made just one senior appearance for Flamengo so far and he is expected to join Real Madrid’s youth team next year.

Once the transfer is completed, Vinícius Junior will become the second most expensive signing from the Brazilian league. Los Blancos will shell out a massive fee of €46m for the 16-year-old.

Barcelona star Neymar remains the most expensive signing from the Brazilian league. He moved from Santos in 2013 for an estimated €86m.

Barcelona were interesting in signing the Flamengo forward as well but the Spanish champions have beaten them to his signature.

The Flamengo youth star signed a new contract last week and that is why Real Madrid have had to pay big money for his services. The new deal raised his buyout clause from €30m to €46m.

Junior has scored 19 goals in 22 appearances for the Brazil Under-17s and was the star of the South American Under-17 Championship. He finished the tournament as its top scorer with seven goals.