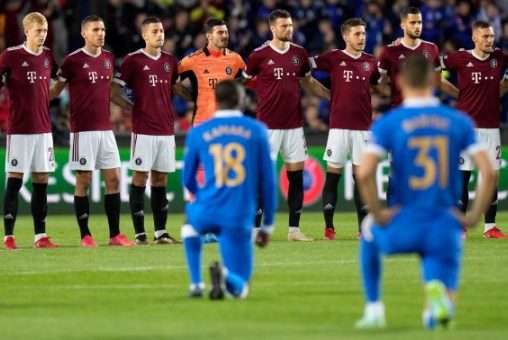 On Thursday night, Giovanni van Bronckhorst will take command of his first game as Rangers manager, when his new club will host Sparta Prague at Ibrox in an important Europa League match.

Register an account at Betfred and get a £30 Free Bet when you bet £10 on any Europa League game this week.

The two teams, who are tied for fourth place in Group A are experiencing disappointing domestic defeats, and a loss in Glasgow might put an end to either team’s chances of proceeding to the knockout rounds.

Rangers went to the pitch at the weekend without Steven Gerrard as their head coach for the first time in almost three years, after his move to Aston Villa during the international break.

Former player Van Bronckhorst has subsequently taken over as manager, but unfortunately, he had to witness his new team lose to Hibernian in the Scottish League Cup semi-finals at Hampden Park.

The club’s hopes of reaching the Old Firm final are already gone, and their prospects of progressing in the Europa League are also at risk after a more difficult group-stage performance than last year.

Sparta Prague was defeated 4-0 away from home by rivals Slovanko in the Czech First League on Sunday.

For the time being, the 21-time winners, who are looking for their first top-flight title since 2013-14, remain on top.

Rangers need a victory to overtake Sparta Prague on goal difference. Following Steven Gerrard’s move to Aston Villa, though, their preparations for this game have been far from perfect.

Because of the game’s importance, the two teams will play to gain maximum points. We believe the home team will win all three points, with goals coming from both ends.

Best Bet: Rangers to win and BTTS at 11/4 with Betfred.

Bet on Rangers vs Sparta Prague at Betfred

How to get a free bet on Rangers vs Sparta at Betfred?

Betfred is now offering a Bet £10 Get £30 deal, which means that all new customers may earn up to £30 in free bets.

Follow these simple steps to earn £30 in Betfred free bets: