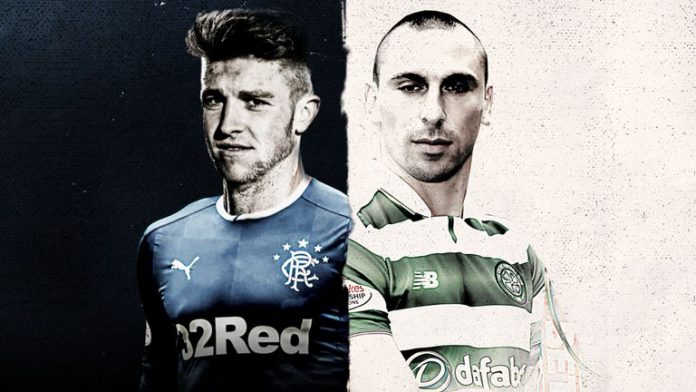 Rangers host Celtic in the Old Firm Derby later today and both teams will be hoping to secure the bragging rights with a win.

Celtic are currently six points clear at the top of the table and they have a game in hand. If the hosts win the derby, they will close in on the league leaders.

Sunday’s game is not just about the identity, political and religious differences between the two clubs. The Scottish Premiership title is very much up for grabs and this could be a defining game.

Rangers will be heading into this game without three of their first team stars – Ryan Jack, Lee Wallace and Graham Dorrans.

Meanwhile, Celtic will be without the services of Nir Bitton, Jonny Hayes, Leigh Griffiths, Craig Gordon. Patrick Roberts is also a doubt for the Hoops. Right-back Mikael Lustig is suspended.