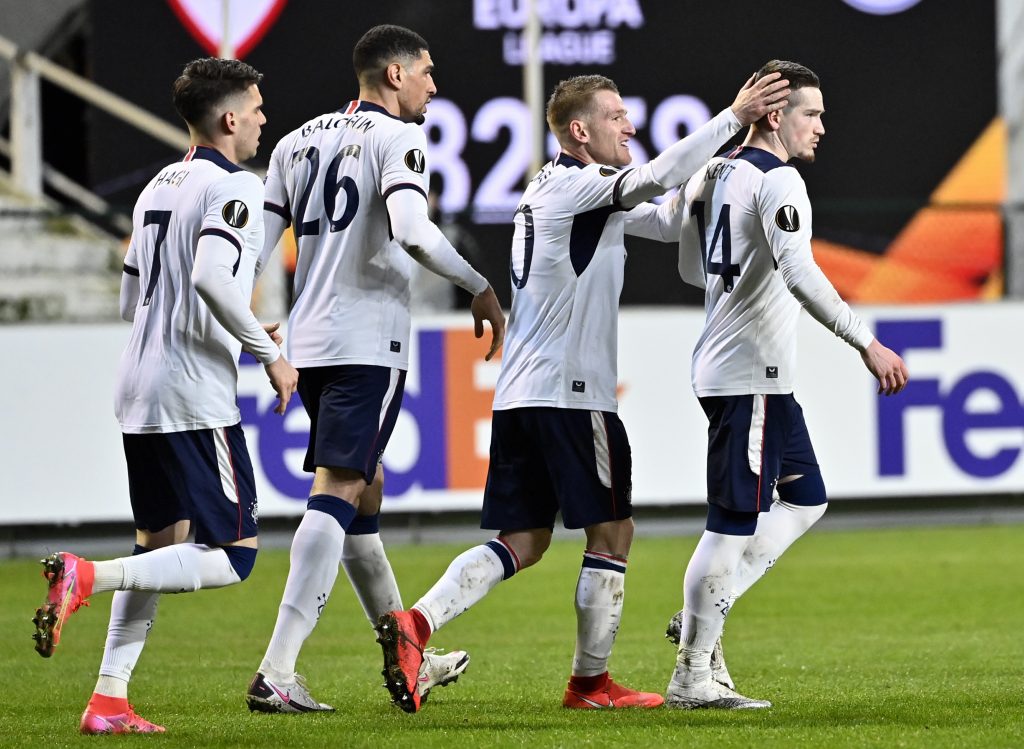 Rangers picked up a 4-3 win over Royal Antwerp in the Europa League last night.

Steven Gerrard’s side are in the driving seat heading into the second leg of the contest now. They have a lead to protect and four crucial away goals in the bag.

The Scottish outfit did well to come back from 3-2 down to secure a thrilling win over the Belgian side and the fans were delighted with the impact of Ryan Kent.

The 24-year-old winger did not start the game because of a knock but he made a stunning impact after replacing Kemar Roofe in the 45th minute.

The Rangers winger scored a sensational goal and helped his side fight back from a goal down. The Antwerp defenders struggled to cope with his pace and directness.

Kent has been inconsistent at times this season but he proved last night why he is one of the best players at the club.

Gerrard will be delighted with the former Liverpool winger’s impact and the Rangers boss may decide to field Kent from the start in the return leg.

Some Rangers fans took to Twitter to share their thoughts on Kent’s display against Antwerp and here is what they had to say.

That is absolutely sensational from Ryan Kent absolutely delighted for him.

@ryankent you are the best player since Laudrup! Keep up the fantastic work 👏👏