According to various reports in the English media, Liverpool have agreed a £49m deal for Raheem Sterling with the Premier League runners up, Manchester City.

The player will now undergo a medical at the Manchester club before completing a sensational transfer.

Sterling was pulled out of the club’s pre-season tour earlier and was believed to be closing in on a move to City. It seems the Manchester outfit have finally caved in to Liverpool’s demands who were demanding a fee closer to the £50m mark.

Manchester City are in desperate need of homegrown players and having missed out on Fabian Delph, the Citizens have moved quickly to agree a deal for Sterling.

The former QPR academy graduate burnt his bridges with the Merseyside club after a contract dispute. The player’s agent infamously claimed that he will not renew with Liverpool and that the club and manager were bullying his client.

Sterling has been a standout player for the Reds this season and will continue his remarkable development under Pellegrini now. 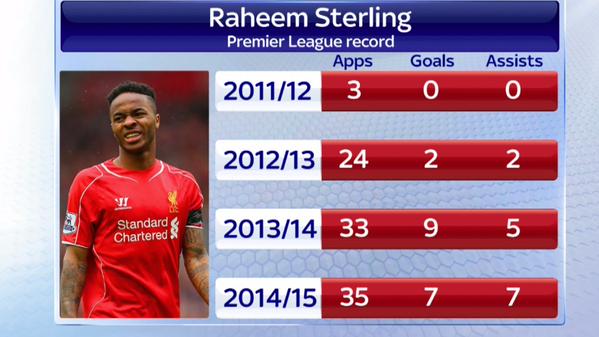 Liverpool have already added the replacement in Roberto Firmino and are likely to press ahead with their pursuit of Christian Benteke.

Sterling is expected to sign a 5 year deal at Etihad, worth in the region of 200,000 pounds per week.