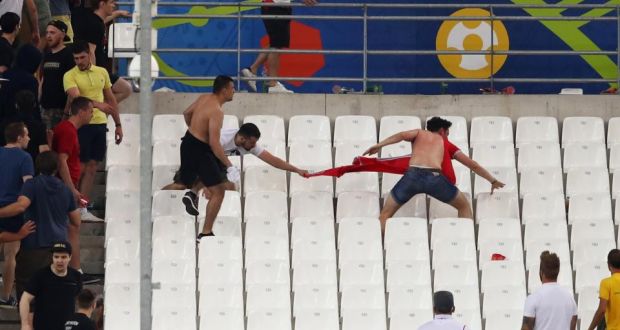 Euro 2016 was marred by incidents of violence and hooliganism, which amplified worry for World Cup and Confederations Cup host Russia. The presence of Russian goon squads at Euro 2016 almost got the national side thrown out of the tournament. Russian politicians didn’t  act promptly in condemning the incidents. Some were also of the belief that the violence was in fact, ordered by Vladimir Putin.

To his credit, Russia President Vladimir Putin has now adopted legislation that toughens punishments for stadium violence, as part of a broader crackdown on hooliganism.

The Russian interior ministry has since blacklisted 292 fans, banning them from attending official sporting events.

The Confederations Cup’s ticketing system requires ticket holders to apply for a personalised fan-ID. This is done to ensure that the screening process is not lax and troublemakers can be kept away.

Alexander Shprygin, who was deported from France during Euro 2016, was barred from attending Russia’s opening match against New Zealand just a few hours before kickoff. He was notified by Confederations Cup organisers that his fan-ID had been cancelled.

“The chances of losing the right to attend Confederations Cup and World Cup matches are significantly increased for people who are known to have committed serious violations,” the organising committee said.

For the very first time, FIFA too implemented a three-step procedure at the Confederations Cup. This will allow referees to stop matches in the event of a racist or discriminatory incident.

At Saturday’s opening game, there were two pre-game stadium announcements warning fans against any discriminatory or racist behaviour.