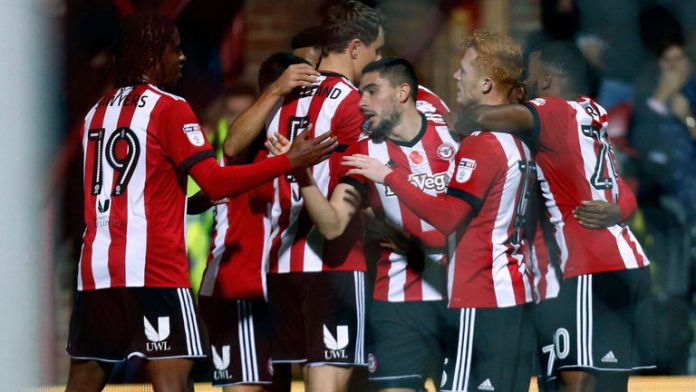 Leeds United have been backed to suffer another setback when they host Brentford in the Championship on Saturday.

United led twice at Derby County during the week, but they were pegged back each time to dent their hopes of closing the eight point gap to the play-off places.

Brentford head into the game four points ahead of Leeds and ex-Whites midfielder David Prutton has tipped them to extend their advantage with a 1-0 victory this weekend (17/2 with Sky Bet).

“Paul Heckingbottom has experienced a full range of emotions in just three games in charge of Leeds, but he’s yet to have that winning feeling and that late equaliser against Derby was a real blow for him,” he told Sky Sports.

“Brentford are in great form and are within touching distance of the top six again. They absolutely destroyed Birmingham in midweek and will be feeling confident ahead of their trip to Elland Road.

“I have a feeling they’re going to sneak it as well.”

Brentford have won their last two meetings with Leeds, but the home side recorded a 1-0 victory when the two sides last faced each other in Yorkshire back in 2016.