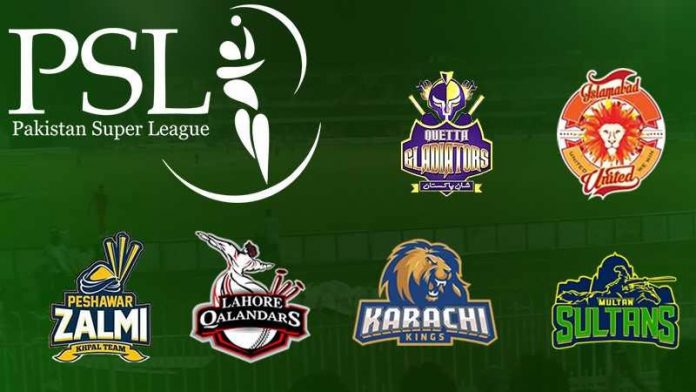 Cricket fans are hugely excited as the PSL 2021 is set to begin on February 20.

However, there is no dearth of talent in the other teams who are all capable of claiming the coveted prize.

The most successful team Islamabad United failed to impress with their performances last season, finishing at the bottom of the table after winning only three matches.

However, they are expected to bounce back this year, with the Sherus retaining some formidable players and making some exciting new additions.

Hasan Ali gave a standout performance against South Africa in the Test series, and he is expected to replicate that form when he returns to action in the Pakistan Super League.

Alex Hales’ transfer from Karachi Kings to the capital has strengthened their batting line-up, with the spectacular Nottinghamshire batsman just finishing as the BBL’s top run-scorer.

However, the absence of two key players in Dawid Malan and Colin Munro could be a big blow for Islamabad. A greater contribution from Phil Salt, Hussain Talat and Asif Ali will be needed this season.

Karachi Kings finally claimed their first PSL crown last season, and they are expected to repeat the feat this term. Looking at their glittering squad suggests that they are more than capable of achieving the sporting glory again.

Pakistan captain Babar Azam played a key role for Karachi in their previous year’s successes, and the 26-year-old could once again step up to meet the high expectations from fans.

Meanwhile, Mohammad Amir will be raring to prove his talent on the big stage after his retirement from international cricket. Add the new arrivals Mohammed Nabi and Dan Christian, and the Kings are strong in almost every department.

Multan Sultans were impressive in the group stage last season, but they failed to maintain their good form in the play-offs and ultimately finished third. Boasting a formidable top order, Multan will fancy their chances for the PSL 2021 this year.

James Vince, whose firepower helped Sydney Sixers to their BBL title recently, could be a nightmare for bowlers of other teams. And if he struggles to bat well, then there is Chris Lynn, Rilee Rossouw and Shahid Afridi to pile misery on their opponents.

Their batting line-up suggests that there will be plenty of runs for Sultans. However, it looks less certain whether they will be able to defend their scores. In this regard, the 36-year-old paceman Sohail Tanvir will have to shoulder a lot of responsibilities.

Lahore Qalandars reached the final of the prestigious competition last year but ultimately went on to lose the title to the Kings. However, that was still a huge improvement on their previous performances in the PSL and should serve to cheer up their loyal fans.

This season, the Qalandars have added Rashid Khan, the number-one T20i bowler in the world. Shaheen Afridi and Haris Rauf could also be valuable assets for a team still searching for its first title.

Mohammad Hafeez boasts plenty of experience with bat and ball, and he will have to play a big role if Lahore want to succeed this year.

Peshawar Zalmi endured a disappointing 2020 season, finishing fourth after losing four matches. The 2017 PSL winners will want to do better this year, and they have increased their chances by bringing in some exciting youthful talent.

Zalmi have the services of teenage sensation Mujeeb Ur Rahman who is already earning rave reviews for his performances in several global T20 leagues. Rising talents Sherfane Rutherford and Saqib Mahmood are also on board.

Meanwhile, Shoaib Malik and Kamran Akmal boast plenty of experience and they can be trusted to score plenty of runs for Peshawar.

PSL 2019 winners Quetta Gladiators failed to make it even to the play-offs last season and endured a disappointing campaign.

With big hitters Chris Gayle and Tom Banton at their disposal, the Gladiators will look to register their second Pakistan Super League title this year.

However, they seem too reliant on their young bowling talent (Naseem Shah, Mohammad Hasnain and Qais Ahmed), which seems a little risky.

Where can I watch PSL on TV?

UK viewers can watch it on Sky Sports.

For Pakistani viewers, the competition will be available on PTV Sports.

In India, Sony Pictures Network have the TV rights.

For viewers in the United States and Canada, all the cricket action can be enjoyed on Willow TV.

The PSL matches can also be streamed live on Tapmad TV for a worldwide audience.