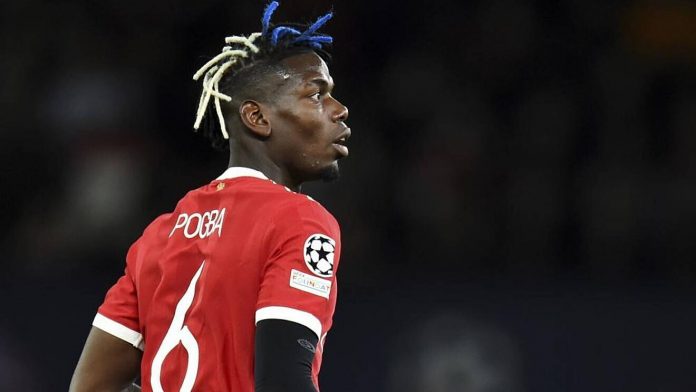 PSG are reportedly getting close to signing Paul Pogba from Manchester United with the France international set for free agency in the summer.

Pogba to PSG gets closer

Absent since early November due to a thigh injury while on duty with the France team, Paul Pogba has suffered a relapse in his recovery and is not expected to play for Manchester United until February. He could therefore miss six more matches. The 28-year-old not having played since the 2-2 draw at Atalanta, in the Champions League.

While Paul Pogba’s last year at Manchester United was an ordeal, the player is not expected to extend his contract this summer. The ex-Juventus midfield is already in discussions with European clubs.

And as The Times informs, Paris Saint-Germain would be the most likely destination for the midfielder, who has never indicated his desire to stay with the Red Devils beyond his contract.

This means that apart from worrying about finding a replacement, Ralf Rangnick has to make do without the World Cup winners. The German tactician has been in touch with the number 6 ever since he took charge of the club.

“As far as I know, I was told a week ago, it would be a minimum of at least another four or five weeks before he is fit for training again,” Rangnick told club media.

“I saw him this morning before the training session, he was in the locker room, and I hope he will be back as soon as possible.”

Meanwhile, the Parisians were very lucky in their 1-1 draw away to Lyon last night. The runaway league leaders were trailing for most part of the game, thanks to a goal from Lucas Paqueta in the 7th minute. However, substitute Thilo Kehere scored in the 76th minute to ensure the capital club went back home with a point.