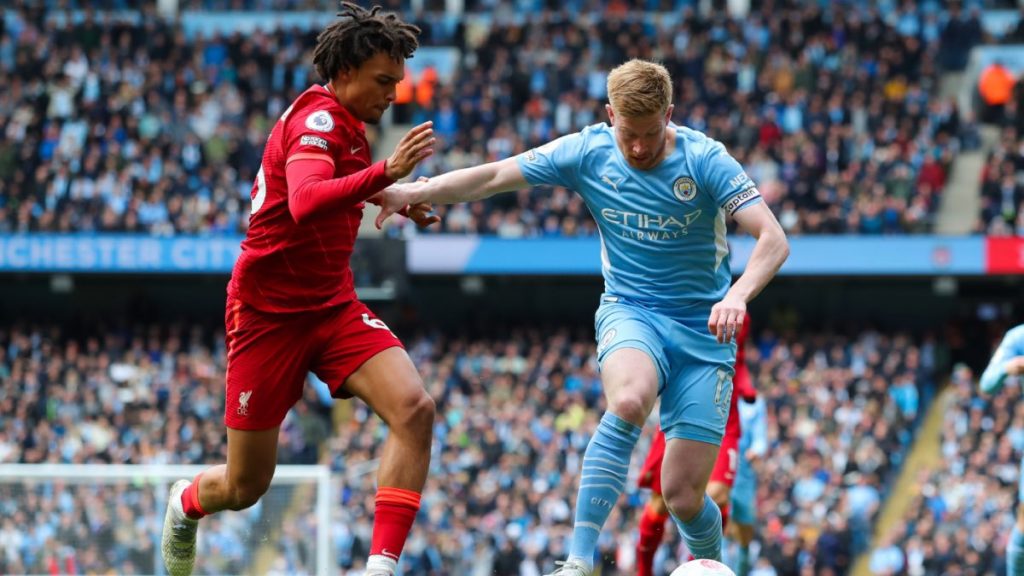 Read on below as we take a look at who are the likeliest challengers to Liverpool and Manchester City’s monopoly over the top two spots in the Premier League.

Manchester City and Liverpool were imperious last season, and their final day battle for the Premier League saw them finish an incredible 18 and 19 points above the nearest competitor Chelsea.

With City priced at 1/5 and Liverpool valued at 2/5, it would seem bookmakers are predicting a similar story in the 2022-23 season. The former have began bolstering their already stacked squad by announcing the signing of one of football’s most coveted players in Erling Haaland, while Liverpool have acquired the services of another promising young forward in Benfica’s Darwin Nunez.

The Premier League's top two can break away thanks to Erling Haaland and Darwin Nunez 😍 https://t.co/BgcL6Sjnt0

Elsewhere, despite enduring a tough season in which they lost two domestic finals, Chelsea remain a constant threat. The Blues have failed to finish in the top two since their title winning season back in 2016-17 however, and Thomas Tuchel faces a tall order in preparing a team capable of challenging City and Liverpool.

With marquee singing Romelu Lukaku misfiring and reportedly eager to make the move back to Milan, Chelsea’s lack of conviction up top was an alarming problem towards the close of last season which almost saw them give up their long-occupied third spot.

Tottenham are an interesting proposition ahead of next season. While breaking into the top two is seemingly an impossible task, Spurs may be the best outside chance at 11/4.

Antonio Conte has begun building what looks to be a cohesive, high-intensity cohort capable of living up to his demands. They too have started making waves in the transfer market, already announcing Fraser Forster and Ivan Perisic, while Brighton’s Yves Bissouma  looks set for a move to North London in what could turn out to be one of the bargains of the summer at £25m.

It remains to be seen whether Arsenal can sustain their fantastic form seen last season. While it was a dismal end to an otherwise much-improved season, Mikel Arteta’s youthful squad look to be capable of anything but the top two is seemingly out of reach, with the top four a more realistic target.

The transfer window is crucial for the Gunners, and rumoured acquisitions in Gabriel Jesus and Youri Tielemans could bring some welcomed quality to an exciting side.

Who Will Finish in the Top Two?

Below are the implied probabilities of each team reflected by bet365’s most recent top two odds.