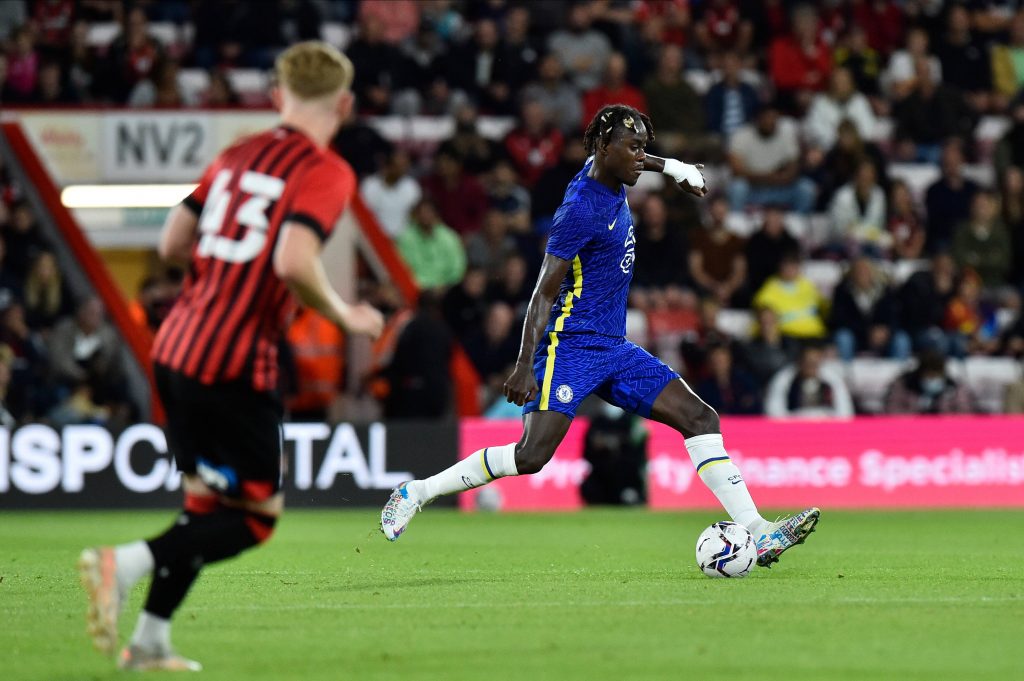 The Blues started their new season in fine fashion as they beat Villarreal in the UEFA Super Cup via a penalty shoot-out.

The club have had just three days to regroup for the derby, but they are still favourites to beat Patrick Vieira’s side.

The west London giants have an excellent recent record against the Eagles. They have won the last seven meetings.

Edouard Mendy played 120 minutes against Villarreal on Wednesday before he was substituted for Kepa Arrizabalaga for the shoot-out.

The latter proved himself with two key saves. However, Mendy is expected to stay in goal as he remains the first-choice goalkeeper.

Thomas Tuchel could make at least one change to the back three. We fancy Kurt Zouma to drop out with Andreas Christensen replacing him.

Trevoh Chalolah had an excellent debut for the Blues that lead to plenty of appreciation from the supporters. Tuchel was understandably pleased.

The club graduate has a strong possibility of making his Premier League debut.

Cesar Azpilicueta could come in for Callum Hudson-Odoi in the right wing-back spot, but Tuchel may stick with Marcos Alonso on the opposite flank.

Ben Chilwell has not had any pre-season minutes and was left on the bench in midweek. Alonso produced a solid display and is likely to keep his place.

There may be a compulsory change in midfield with N’Golo Kante a serious injury doubt. Jorginho, who replaced Kante in midweek, is expected to partner Mateo Kovacic.

Further forward, Mason Mount will replace Hakim Ziyech, who is on the sidelines after dislocating his shoulder earlier this week.

Kai Havertz and Timo Werner are pretty much automatic choices under Tuchel, but the latter has plenty to prove as Romelu Lukaku is expected to replace him up front.

Lukaku won’t feature in the season opener as he is still under quarantine after his club-record move back to Stamford Bridge from Inter Milan.

How Chelsea could line up against Crystal Palace