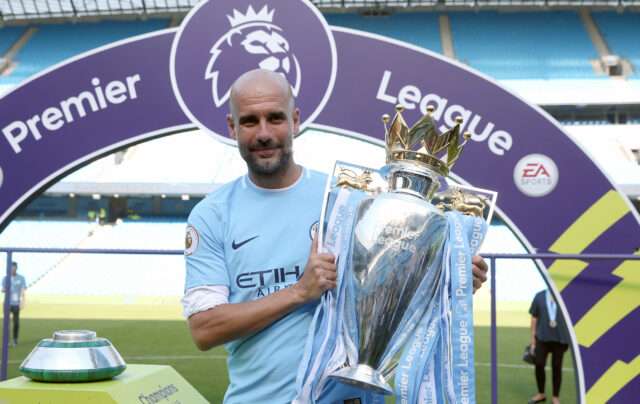 Manchester City were crowned the 2020-21 Premier League champions for the third time in four seasons earlier this month, whilst Liverpool and Chelsea secured Champions League qualification on the final day.

At the other end of the table, Sheffield United, West Bromwich Albion and Fulham were relegated back to the Championship.

Odds for the 2021-22 Premier League season have already been released, and here are some of the notable prices:

The defending champions’ odds to repeat next season are currently as short as 8/15, according to bookmaker vwin.

Pep Guardiola’s side ran away with the league this past season after improving their defence significantly with the signing of Ruben Dias.

Signing either of those world-class strikers would likely see their odds drop further.

The 2019-20 Premier League champions put up a woeful defence of their title, but Jurgen Klopp’s side were severely hindered by defensive injuries throughout the campaign.

It started early, with Virgil van Dijk being ruled out for the majority of the campaign, joined shortly after by Joe Gomez.

Liverpool could be back in contention next season with a fully fit squad and perhaps a signing or two at the back.

They already have an excellent attack with Mohamed Salah, Sadio Mane, Roberto Firmino and Diogo Jota to choose from.

Aside from the two title favourites, Chelsea are next when it comes to the top four favourites.

Thomas Tuchel’s side snuck into the Champions League spots in the final games of the season just concluded.

The German head coach only took charge at Stamford Bridge at the end of January, so a pre-season to work with his squad and a transfer window should help him build a squad and tactics to make their top-four finish much more comfortable next term.

Ole Gunnar Solskjaer’s side finished second to their local rivals and finished runners-up in the UEFA Europa League.

The Norwegian manager could do with another centre-back, but it’s hard to see this team putting up a title challenge next season.

Manchester United have failed to get the best out of Paul Pogba, David de Gea seems past his best and Harry Maguire is error-prone.

Not since 2013 have United added their name to the list of Premier League champions again. In fact, since Sir Alex Ferguson’s retirement that year, they’ve never finished above Manchester City.

Harry Kane will be the favourite to win the 2021-22 Premier League Golden Boot when the odds come out, whether he’s playing for Tottenham Hotspur or Man City. That is unless the Citizens sign Haaland, who is a goal machine.

United have too many players scoring goals to have a contender, whilst Timo Werner has failed to be consistent since his move to England.

Mohamed Salah and Arsenal’s Pierre-Emerick Aubameyang will also be among the favourites once again.