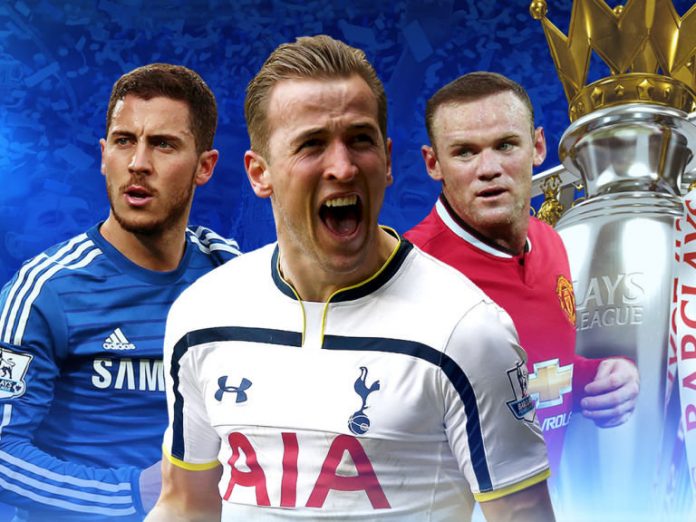 An incredible season in the Premier League ended yesterday and it will go down in history as one of the most remarkable campaigns ever. It was truly the year of the underdog as Leicester City were crowned champions of England.

While the big guns Chelsea, Liverpool and Manchester United failed to impress, the likes of Leicester, Tottenham and West Ham scaled new heights under the tutelage of Ranieri, Pochettino and Bilic.

With new managers coming in at Manchester City and Chelsea, the traditional powerhouses will be determined to bounce back next season. Can the underdogs keep up the pressure at the top end of the table, or will they come crashing down to reality?

Here at Soccerlens, we assess the chances of the top six Premier League teams in next season’s title race.

Manuel Pellegrini’s farewell season did not quite go according to plan. The Premier League giants held on to a top four finish with the skin of their teeth. Although they went on to win the Capital One Cup and made it to the semi finals of the Champions League, City will know that they have underperformed.

With Pep Guardiola coming in next season, the Etihad outfit will want to reclaim their place at the top of English football and take the next step in Europe. Sheikh Mansour’s resources and Guardiola’s quality makes City the overwhelming favourites to lift the Premier League crown next season. City are well stocked in attack but will need to address their central midfield and defence to challenge on all fronts.

Manchester City are the favourites with most bookmakers including LeoVegas to win the Premier League next season thanks to Guardiola’s impending arrival, but they will need to make smart moves in the transfer window – both in and out – to make sure they are top of the table next May. With the Premier League far more competitive than La Liga or Bundesliga, it’ll be interesting to see if City can do what the betting odds expect them to.

Chelsea have had their worst season in a decade. The Premier League champions failed to defend their title and finished 10th in the table.

Roman Abramovich has appointed the former Juventus manager Antonio Conte as the next Chelsea manager and it will be quite a challenge for the Italian as the Blues aim to rebuild their way back to the top.

Chelsea have a superb core of senior players – Hazard, Costa, Fabregas, Matic, Azpilicueta, Courtois and will need to address their weaknesses by replacing their ageing centre backs this summer.

Although their quality is beyond doubt, Conte will need to do a major rebuilding job here and it could be a season in transition for the Blues. A top four finish should be their primary aim and a title challenge might be beyond them next year.

Arsene Wenger’s side finished second in the Premier League this year and it was their best finish in years. But the Gunners will know that they were leading the title race not so long ago and will be disappointed with how they crumbled.

The Londoners have been linked with a big money move for Granit Xhaka and it seems that Wenger is finally ready to spend big money on quality players. If they can add a top quality striker, the North London giants will give Manchester City a run for their money as far as the title race is concerned.

Chelsea and Arsenal are second-favourites behind City to win the Premier League next season – but can the rest of the pack spring a surprise?

Liverpool have shown remarkable improvements under Jurgen Klopp and should be able to get back into the top four next season. Ever since the German took charge, the Reds have shown top four form and managed to reach two cup finals – Capital One Cup and the Europa League.

If they can add to their defence and sort out a quality keeper, they are good enough to break into the top four next season.

The Red Devils missed out on a top-four finish on goal difference but they could still end up winning a trophy. Louis Van Gaal’s side are in the FA Cup final and will face Crystal Palace this weekend at Wembley.

Even if they manage to win the trophy, this season will be seen as a disappointment. Van Gaal has spent huge sums of money over the last two summers and has failed to mount a title challenge.

Rumours are that the Dutchman will make way for Jose Mourinho at Old Trafford this summer and United can expect another season in transition. The Old Trafford giants are behind the likes of City, Arsenal, Liverpool and Spurs in terms of development and will struggle to get back into top four let alone a title challenge.

Both sides had a remarkable season regardless of how it ended for Spurs. Pochettino has built a strong core of talented and hungry individuals and if they can add a couple of experienced players to their attack and midfield, they will be a forced to be reckoned with.

As for Leicester City, it might sound harsh but it is simply impossible for them to replicate their achievements next season. It is likely that Ranieri will be stripped off his best players this summer when the big clubs come calling.

Furthermore, teams will have figured out a way to deal with their high-intensity game plan. Also, their involvement in Europe ensures that they will struggle and fail to maintain the same level of intensity throughout the season.

Ranieri used just 21 players in the Premier League this season out of which only 12 players made more than 9 starts. With more games coming their way next season, they will need more depth and quality which they simply do not have.

Manchester City and Arsenal are favourites to challenge for the Premier League crown once again with Spurs and Liverpool leading the way for a Champions league finish. Manchester United and Chelsea will definitely bounce back but considering the fact that they need to rebuild their squad, it is not absurd to assume that they will miss out on Champions League football once again.