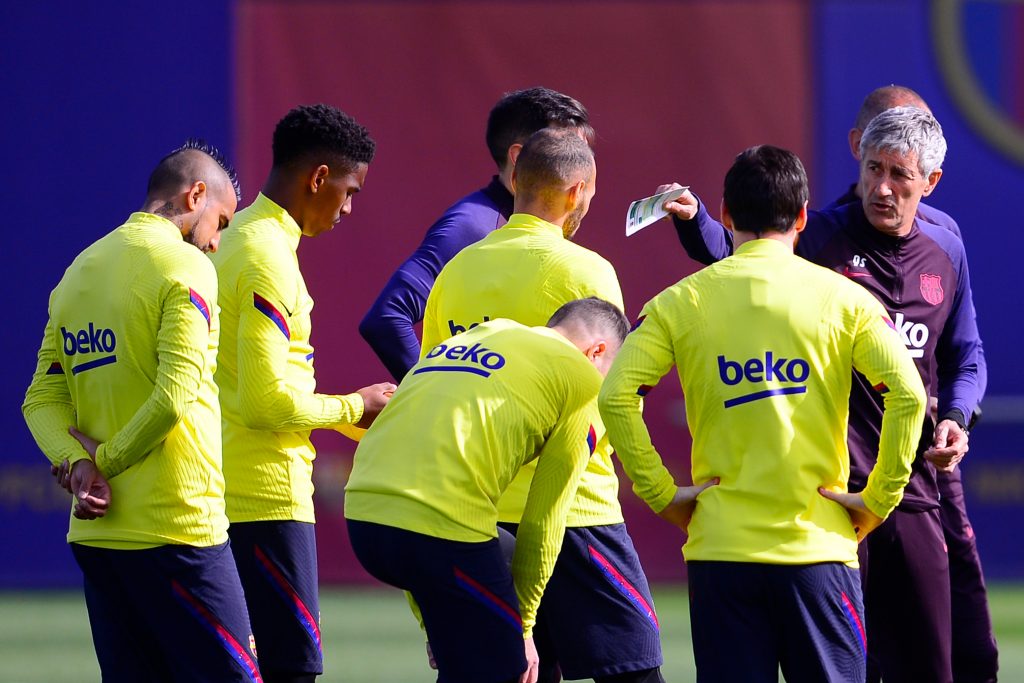 The result of Sunday’s El Clasico between Real Madrid and Barcelona at the Santiago Bernabeu will have a huge say on the 2019-20 La Liga title race, and more than just bragging rights is at stake.

League leaders Barca are currently two points ahead of Madrid at the top of the table, and with both sides tied on 72 El Clasico victories each ahead of the 277th meeting between them, a feisty encounter should be expected.

Quique Setien’s side will go five points clear with victory at the capital, but the Barcelona boss has too many injury concerns and a very thin squad to pick his team from.

While he sustained a knock during Tuesday’s Champions League clash with Napoli and had to be withdrawn, Gerard Pique is fit to face Madrid, and while Samuel Umtiti didn’t put a foot wrong against the Italians, Clement Lenglet could be preferred ahead of him given his aerial prowess at both ends.

Jordi Alba trained with the team this morning and is in the official squad, but tomorrow’s game could be too early for him, and Junior Firpo will most likely retain his spot at left-back while Nelson Semedo retains his berth at right-back with Sergi Roberto still out.

The El Clasico battle could be won or lost in the middle of the park, and how Barcelona lineup in midfield will have a huge say on their chances of leaving Madrid with all three points.

Arthur Melo, who cost Barcelona £36 million, could return to the starting lineup in place of Ivan Rakitic given that the Catalans could do with his creativity, with the trio of Sergio Busquets, Arturo Vidal and Frenkie De Jong joining him.

The Chilean midfielder could join Antoine Griezmann, who has a release clause of €800 million, and Lionel Messi in attack every now and then like he did against Napoli, and it will be interesting to see if Barcelona can get the better of their eternal rivals.