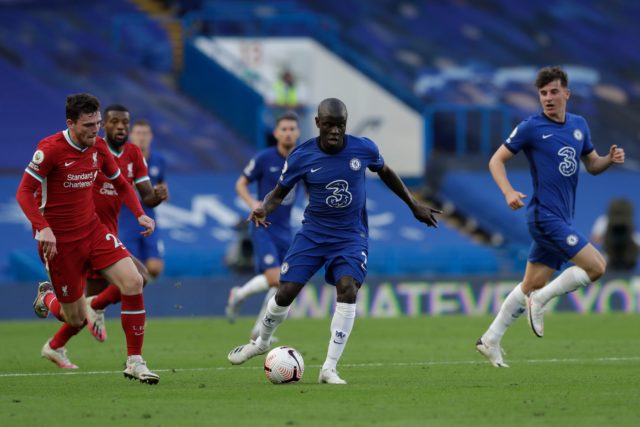 Chelsea will be aiming to register a third straight Premier League win when they face Sheffield United on the road on Sunday night.

The Blues have impressed under new boss Thomas Tuchel, picking up seven points in the last three games without conceding a goal.

They are currently four points adrift of Liverpool, who are occupying the final Champions League spot.

Edouard Mendy has emerged as the Blues’ undisputed starter in goal in the Premier League since his arrival from Rennes last summer. He should keep his place ahead of Kepa Arrizabalaga.

Cesar Azpilicueta, Thiago Silva and Antonio Rudiger have kept three clean sheets on the trot while playing in the back three. The combination will break with Silva out with a thigh problem. Andreas Christensen should replace him.

Reece James and Marcos Alonso are likely to continue in the right and left wing-back positions respectively. In midfield, Jorginho has been a regular starter since the arrival of Tuchel and should keep his spot.

N’Golo Kante made his comeback after an injury lay-off with a cameo appearance in midweek. He could return to the starting line-up ahead of Mateo Kovacic.

Callum Hudson-Odoi has been the stand-out Blues player under Tuchel and he has excelled from both the right wing-back and attacking midfield roles.

He is likely to feature behind the main striker alongside Mason Mount, who has been consistent in creating chances and displaying a tireless work rate over 90 minutes.

Olivier Giroud could be the player to lead the line against the Blades. Timo Werner and Tammy Abraham have started up front in recent games without finding the back of the net.

The France international may get the nod tomorrow after being an unused substitute for the last two games.