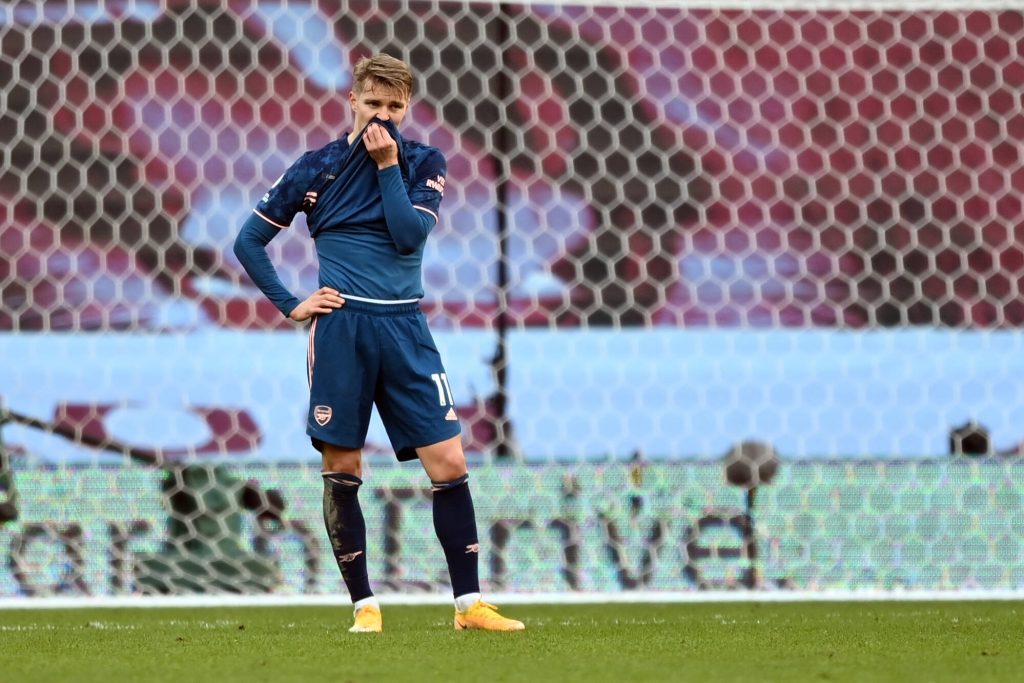 Arsenal host Leeds United in the Premier League at the Emirates Stadium on Sunday.

The north London side are currently positioned 11th in the standings after a three-match winless streak which has included back-to-back losses.

They are currently nine points adrift of the Champions League places and are aiming to reduce the gap with a much-needed win against Leeds today.

Bernd Leno was suspended for the defeat at Aston Villa last weekend after his sending-off against Wolverhampton Wanderers. Mat Ryan did a credible job on his debut, making seven saves. However, Leno should reclaim his position in goal.

In the defence, Hector Bellerin and Cedric Soares should continue in the full-back positions. Kieran Tierney is still out with a lower leg injury, and Soares is likely to keep his place on the left side of the backline.

David Luiz may return to the central defence to partner Rob Holding after serving a one-game suspension of his own. The Brazilian was sent-off against Wolves with minimal contact, and he will be hoping to make amends with a strong defensive display.

There will be an enforced change in the midfield with Thomas Partey back on the sidelines. The Ghana international has picked up a hamstring problem that could keep him out of action for a while.

His absence may open up a spot for Dani Ceballos, who has not played since mid-January due to injury and the competition for places. The Spaniard may get the nod over Mohamed Elneny to partner Granit Xhaka.

Bukayo Saka and Nicolas Pepe should be assured their spots on the right and left-wing positions, given they have stood out for the Gunners in the attack in recent games despite being on the losing side.

Emile Smith Rowe may get dropped to the bench. The Gunners graduate has recently dropped off with his performances, and that may see January signing Martin Odegaard make his full debut, having played only 31 minutes previously.

Alexandre Lacazette has constantly led the line over the past six weeks, and Mikel Arteta may choose to give him a break.

Pierre-Emerick Aubameyang should make his first Gunners start in six games. With his pace, he could pose a genuine scoring threat against Leeds on the counter-attack.