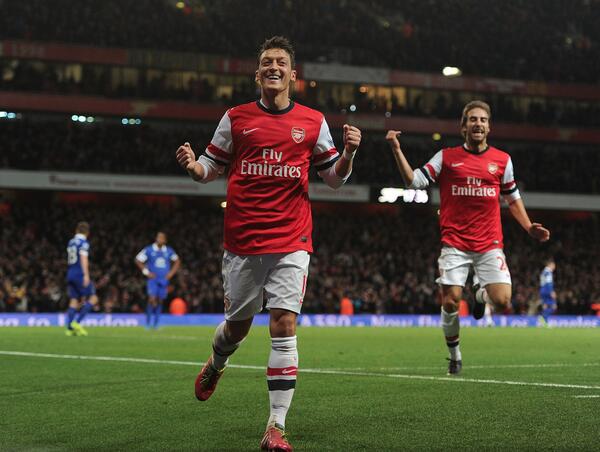 Arsenal travel north on Saturday to face title rivals Man City at the Etihad Stadium. Arsene Wenger will be desperate for his side to return to winning ways in this crucial Premier League encounter.

The Gunners managed a 1-1 draw with Everton last weekend in the league, and with Napoli coming out 2-0 winners in the Champions League midweek, Wenger’s side need to step up a gear so as not to have their five point lead at the top of the Premier League cut.

Man City are in form, having beaten Bayern Munich on Tuesday, and will provide a stiff test for Arsenal.

Defence: Bacary Sagna is set to miss out once more, with Carl Jenkinson to fill in for the injured Frenchman. The rest of the back-line should be unchanged.

Midfield: Rested duo Aaron Ramsey and Jack Wilshere could return to the starting lineup after the midweek defeat at the hands of Napoli. Tomas Rosicky and Mathieu Flamini would drop out to accommodate the returning duo, but Wenger may use Flamini to combat the powerful City midfield.

Theo Walcott is pushing for his first Premier League start since returning from injury.

Attack: Olivier Giroud should lead the line solo, as he has done to great effect this season.

Prediction: 2-1 – I worry for Arsenal in this tie. City will be high on confidence after beating Bayern Munich in their own back yard, and may prove to be too strong for the Gunners on Saturday.