Arsenal will travel to Wales to face Cardiff City in the Premier League on Saturday, where Arsene Wenger’s men would be looking to earn full three points and cement their position at the top of the league table. 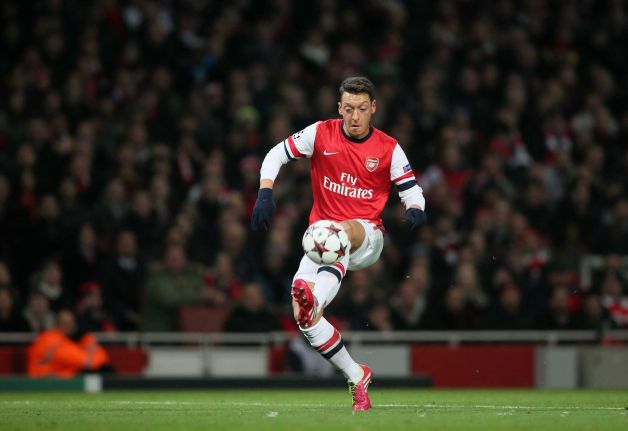 Team News: Arsenal has no fresh injury news ahead of this tie, which means Wenger has the full squad with him to pick his best eleven, which no doubt will be a big headache for the Frenchman. Lukas Podolski, Alex Oxlade-Chamberlain, Abou Diaby, Yaya Sanogo and Ryo Miyaichi are long term absentees while Kieran Gibbs has illness, but he is likely to play.

Defence: Arsenal must have observed that Cardiff are a strong side at home. Last week, they earned a 2-2 draw against Manchester United. Wenger cannot take them lightly enough and should field a strong eleven against them. That means, skipper Thomas Vermaelen should warm the bench again, while Nacho Monreal could start at the left back, should Gibbs miss out with illness.

Midfield: Flamini started the last match against Marseille in the midweek but the question is will he partner Mikel Arteta at the centre of midfield? Probably no. Wenger would be looking to add a creative player in the middle alongside a strong defensive midfielder.

Forward: Santi Cazorla came on as a sub against Marseille in the last match but expect him to start against Cardiff on Saturday. Theo Walcott might start as well for the first time since he returned from injury. Giroud as usual will operate as a lone striker.

Prediction: 1-2; Cardiff are well organized team at home but expect Arsenal to snatch yet another away victory.

Do you agree with this line-up? Let us know below…