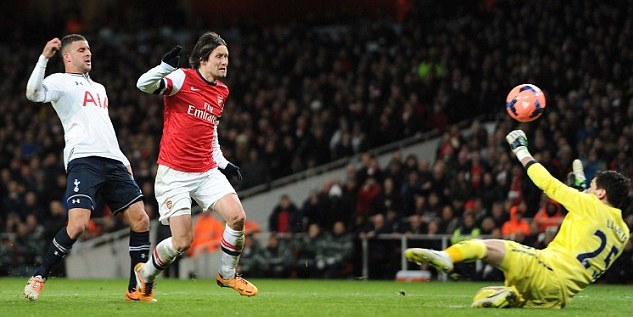 Arsenal will take on Tottenham at White Hart Lane in yet another crucial North London Derby on Sunday, with both sides desperate to get their respective Premier League campaigns back on track.

Arsenal have slipped seven points behind Chelsea at the top of the league, and in a blink of an eye, which surely highlights the terrific competitiveness between the top sides this season.

With three points, the Gunners would put themselves right back in the mix. If not, then they could find themselves 10 points adrift of top spot by the end of the weekend, if Chelsea overcome Aston Villa in the late kickoff on Saturday.

Spurs suffered a tragically suicidal 4-0 defeat to Chelsea last time out, with Tim Sherwood absolutely seething at his players at full time. He will expect a strong response this weekend, and there is surely no better way to bounce back than with a victory over their fierce rivals.

Read more – Do you agree with our combined Tottenham/Arsenal best XI? 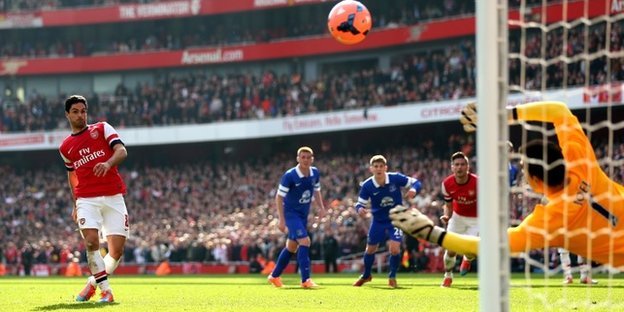 Defence – With Kieran Gibbs still sidelined with an ankle injury, the now recovered Nacho Monreal should come into the team at left-back, with the rest of the Arsenal back-line remaining unchanged.

Midfield – The Gunners will be without Aaron Ramsey and Jack Wilshere this Sunday, with Mathieu Flamini set to be recalled, having sat out Arsenal’s 1-1 draw with Bayern Munich midweek.

Mesut Ozil joins the Arsenal injury list, with the German out for around a month with a hamstring issue. In his absence, Lukas Podolski should retain his place on the left of an attacking midfield three, with Santi Cazorla and the in-form Alex Oxlade-Chamberlain likely to take the other two slots. Theo Walcott remains out.

Attack – Olivier Giroud who, luckily for the Gunners, seems to be the one player never injured, should continue up top.

Tottenham vs Arsenal: The Result

With Arsenal slap bang in the middle of yet another injury crisis, Tottenham have a big chance of coming away with three points. But, such is the nature of this fixture, the Gunners will fight tooth and nail, with a draw the most likely outcome.

What do you think? Get voting, and air your thoughts below…