Arsenal head into the final game of the Champions League, leading the group F table with 12 points – yet their progression to the next round is not guaranteed. Though, the Gunners should qualify unless they press the self-destructive button. 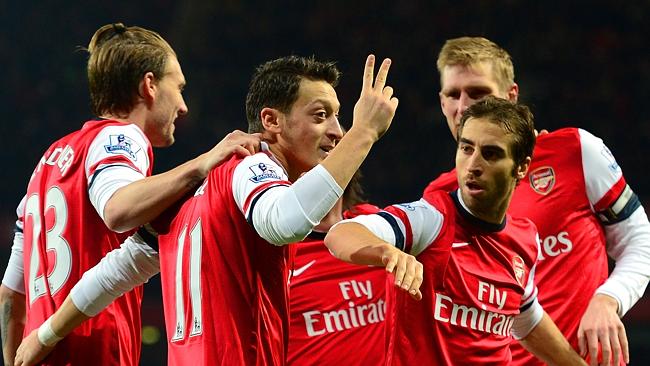 Putting in simply, Arsenal just need a draw to progress and keeping in mind their impressive away record, expect them to reach the knock-out phase of this competition on Wednesday.

The Gunners will be looking to finish the group on top (helps to avoid facing big guns) and therefore Wenger could to field a strong possible eleven. He must do without Bacary Sagna, who is unavailable again with an injury, so, Carl Jenkinson will start at the right-back. Nacho Monreal could start in place of Gibbs while skipper Thomas Vermaelen could get a rare start as well.

Mathieu Flamini only came on as a sub against Everton in the midweek and the Frenchman to be given rest for this tie. So, expect Aaron Ramsey and Mikel Arteta to start in the midfield.

Theo Walcott could be used on the right flanks, while expect Santi Cazorla and Mesut Ozil to operate on the left-flank and no 10 roles respectively.

Prediction: 1-1; Arsenal have won 7 of their last 8 games in the Champions League, and expect them to get a positive result on Wednesday.