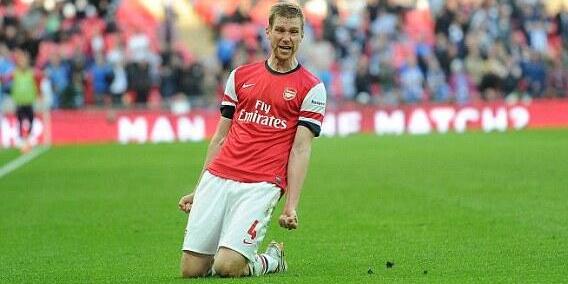 Arsenal will face Hull City at the KC Stadium on Sunday, looking to consolidate their fourth position in the Premier League table.

The Gunners moved back into the top four after they earned a convincing 3-1 victory over West Ham in the mid-week, and Everton, the other fourth place contender, suffered a shock 3-2 defeat against Crystal Palace.

Team News: Arsene Wenger revealed in his press conference that left back Kieran Gibbs will miss this tie, with injury, while Spaniard Nacho Monreal is also doubtful. Thomas Vermaelen will start at left-back, should both of them miss out.

Midfielder Mathieu Flamini is set to return from suspension, while German international Mesut Ozil could be involved as well, after recovering from hamstring injury.

This could be the possible starting line-up for the Gunners:

Prediction: 1-2; Hull City have found it difficult to replicate their cup form in the league, while Arsenal cannot afford to drop points from here on out.