Arsenal will take on Liverpool at the Emirates Stadium on Saturday in the Premier League where the Gunners will be looking to bounce back from their defeat against Chelsea in the midweek. 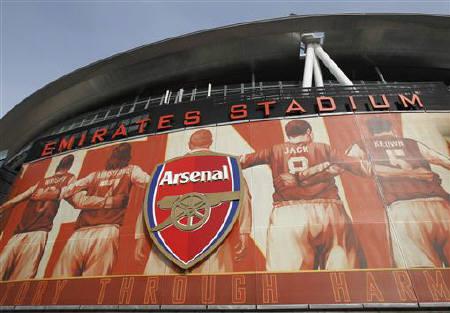 Arsene Wenger said in the press conference today that the mood in the camp is positive (despite bowing out of the Capital One Cup) and that the focus lies solely on the Premier League and the Champions League. Therefore, it is expected that Wenger will field his best possible team, against Liverpool.

Defence: Kieran Gibbs, who was rested against Chelsea, will return to the starting line-up along with right back Bacary Sagna. Skipper Thomas Vermaelen may have become frustrated with lack of first team opportunities, but the Belgium star cannot help but wait for his chances, because, Wenger finds no reason why he should break the pair of Mertesacker and Koscielny at the moment.

Midfield: Mathieu Flamini is out injured and that is a huge blow. Against an experienced midfield attack of Steven Gerrard, Lucas Leiva and energetic Jordan Henderson, Arsenal probably needed a midfield spoiler. However, Mikel Arteta is back and the Spaniard should forge a centre midfield partnership with Jack Wilshere. Aaron Ramsey can also play in the central midfield role, allowing Wilshere to move on the right flank, but Wenger will probably take a safer approach here.

Forward: Mesut Ozil returns (came on as a sub in the midweek) to the starting line-up and the German star should play in the hole behind Olivier Giroud or he can operate from the right flank as well, depending on the situation of the match (like he did against Borussia Dortmund).

The Gunners are 6/5 to win the match against Liverpool with Ladbrokes. Do you agree with our line-up? Let us know your thoughts and prediction…