Arsenal will face Bayern Munich in the second leg of their Champions League last 16 tie at the Allianz Arena on Tuesday night, with the Gunners facing a daunting task to reach the quarter finals.

Arsene Wenger’s side are 2-0 down from the first leg at the Emirates and it will now require a herculean effort for the Gunners to emerge victorious.

On paper, it looks like a lost battle already, but Arsenal can take pride and inspiration from the fact they defeated Bayern last time at the same venue, despite being eliminated on the away goals rule.

Wenger will have to go for goals,and will surely name an attacking side in Munich, with his side needing to come flying out of the blocks on Tuesday night. 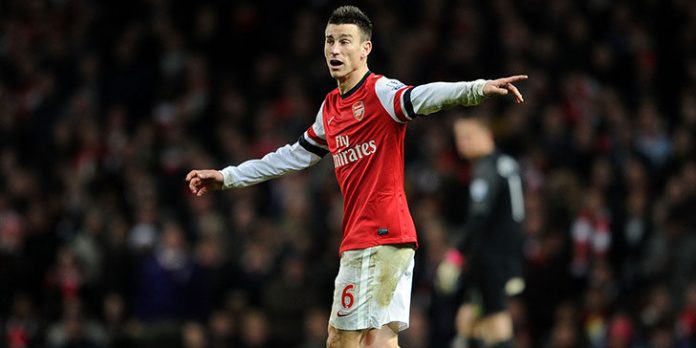 With Kieran Gibbs missing out with an ankle injury, Wenger could start Laurent Koscielny, who is overcoming a hamstring problem that kept him from playing for France last week, with Thomas Vermaelen expected to fill in at left-back in the absence of back-up left back Nacho Monreal.

In midfield, Wenger is without Jack Wilshere while Aaron Ramsey is not yet fit enough to start the game. Wenger should therefore stick with the safe pair of Mathieu Flamini and Mikel Arteta.

Olivier Giroud scored a brace against Everton after coming on a sub and the French striker should lead the attacking line in place of Yaya Sanogo.

Prediction: 2-1 – Bayern are like a rampaging river at home and though Arsenal will give their best effort, expect Pep Guardiola’s men to sneak a victory.