Portgual vs Holland or Scolari vs van Basten?

Before the World Cup, it looked as if Portugal would edge out this contest, albeit with some difficulty. But watching van Basten’s Holland in action has been a treat whereas Portugal, despite the talents of Deco, Simao, Ronaldo and Figo look suspect at the back and as Mexico showed, vulnerable to fast counter-attacks.

Marco van Basten (along with Jurgen Klinsmann and Luis Aragones) has moulded his team into a disciplined, attacking side and Holland will be banking on their pace (Robben and van Persie down the flanks, and Nistelrooy / Kuyt up front) to hit the Portugese. Holland also showed their defensive strength against Argentina, and they have shown themselves to be more than capable of shutting out Figo and co. while bombing forward and trying to score.

Portugal, under Scolari, will go in as second-favorites despite topping their group. While they managed to beat Mexico it was also evident that the Mexican defense had gone AWOL in that match and Holland won’t be allowing them any such luxuries. Defensively portugal are suspect and prone to panicking under pressure, and that’s where Kuyt’s physical approach as well as Nistelrooy’s positioning and timing will come into serious play.

The big debate for Holland is whether Nistelrooy will start or not. For my money Kuyt’s pace and strength are more useful in the last 30-35 minutes of the game when the opposition is tiring than they are from the beginning, when Nistelrooy’s experience and ability should help Holland create quite a few chances. The other problem for Nistelrooy is that he will have to change his game to adapt to the 4-3-3 formation, something that he hasn’t been able to do well so far.

Three Manchester United players are on action in this match with van der Sar (on track for a record 113th international cap) the second Dutch and Cristiano Ronaldo playing for Portugal on the right wing. Hopefully both Ronaldo and Nistelrooy will score as Manchester United are far behind in the club goalscoring charts.

Both teams have fantastic competitive records, as they come into this match on the back of a 15-match unbeaten streak (a run they share with Spain). As Portugal beat Holland 2-1 in Euro 2004 and Holland are the champion underacheivers, you might think Portugal are favourites but the form book says it will be Holland squaring up against England come July 1 at Gelsenkirchen.

For the winner of this match, England awaits. 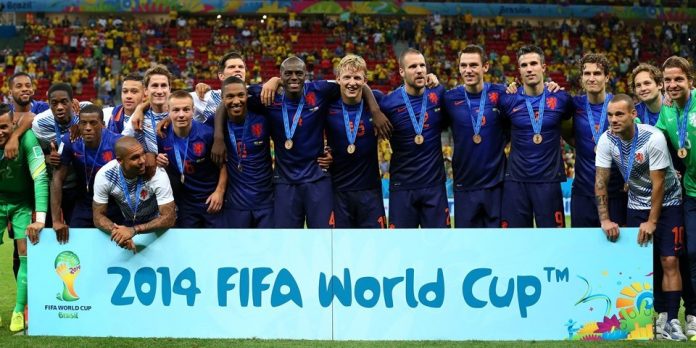 Brazil 1-7 Germany: The most unbelievable game in World Cup history as hosts are ...

What will Brazil look to do with James Rodriguez? How will Colombia respond?